KISS' GENE SIMMONS On Former End Of The Road Tour Opener DAVID LEE ROTH - "He Took Being A Frontman Way Beyond Anything. And Then, I Don’t Know What Happened To Him… Something" 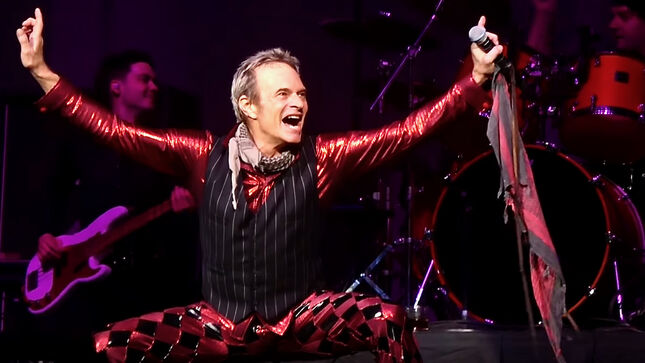 Having just announced an upcoming residency at Zappos Theater at Planet Hollywood Las Vegas Resort & Casino, KISS will resume their End Of The Road World Tour this Wednesday in Mansfield, Massachusetts. Rolling Stone talked to Gene Simmons about how Las Vegas could figure into the band’s future, what the pandemic means for KISS’ VIP meet-and-greets, and why he’s encouraging fans to get Covid-19 vaccinations. An excerpt from the interview follows...

Rolling Stone: So what brought KISS back to Las Vegas for another residency?

Rolling Stone: What kind of production will the residency have? Is it scaled down or is it on par with the touring show?

Simmons: "The answer is yes to both, because when we play stadiums around the world, those shows are like Transformers. You can make them as big as you want. KISS’s shows have been talked about for longer than you’ve been alive. Anything that’s got a roof on it, we have to scale back the pyro or we’ll blow the roof off, literally. But we are planning lots of surprises for Vegas, which nobody’s seen yet. We’re in the middle of putting that together."

Rolling Stone: Before the pandemic halted the tour, David Lee Roth was opening for KISS. Now it’s the performance painter Garibaldi. So David is not back?

Simmons: "Not. But it bears noting that during Dave’s heyday, nobody did what he did. He was the ultimate frontman. Not Plant, not Rod Stewart, nobody. He took being a frontman way beyond anything. And then, I don’t know what happened to him… something. And you get modern-day Dave. I prefer to remember Elvis Presley in his prime. Sneering lips, back in Memphis, you know, doing all that. I don’t want to think of bloated naked Elvis on the bathroom floor."

If you're not a member of the KISS Army Fan Club, join now to get early access to  tickets & packages during the KISS Army exclusive presale. Click here to join now.

The general public on-sale begins August 20 at 10 AM, local at ticketmaster.com/kissvegas.