KISS Guitarist TOMMY THAYER On BLACK 'N BLUE - "When The Record Label Kept Pushing Us To Lighten Our Image We Didn't Have The Balls To Say 'Fuck You'; When GENE SIMMONS Got Involved We Tried To Toughen It Up Again" 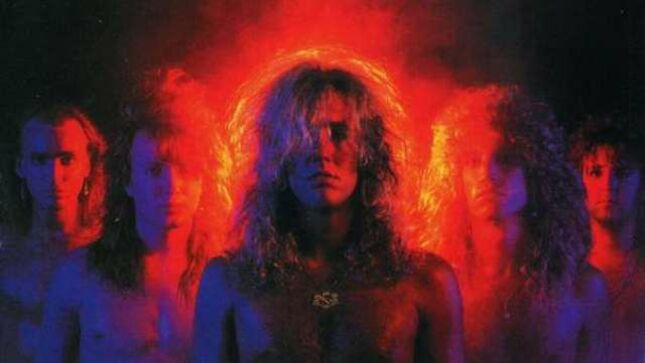 KISS guitarist Tommy Thayer is featured in a career-spanning interview with Vinyl Writer Music. An excerpt from the chat featuring Thayer talking about his pre-KISS band Black 'N Blue is available below.

Q: Black 'N Blue is interesting, because you guys sort of came out of the gate hot with your self-titled record, and it faded a bit from there. Why do you feel that Black 'N Blue never fully took off? What is luck? Or a product of the musical landscape shifting?

Tommy: "We always had the ability to write really good songs, but that might have been our curse. When the record label kept pushing us to lighten our image and do music to get on the radio, we didn’t have the balls to say, 'Fuck you.' We just started writing really good poppier rock tunes, especially on our second record, Without Love. When Gene got involved on our third record, we tried to toughen it up again. I think the long and short of it is, after a while, kids weren’t exactly sure what we were."

Q: Once things wrap up with KISS, is there any chance we see a Black 'N Blue reunion, or even some new music? If not with Black 'N Blue, how about a solo record or other new projects?

Tommy: "My buddy Jason Scheff (Chicago) and I have got together over the last couple years to write, for no other reason than to enjoy the creative process. Fewer artists are releasing records anymore, so it just felt good to write some songs. Jason is multi-talented. I ended up writing eight things with him on his grand piano and me on acoustic guitar. We sent the ideas to lyricist Randy Goodrum who finished them. We had no expectations other than to enjoy the process. We went to Scott Frankfurt’s studio in Woodland Hills and cut basic tracks with Steve Ferrone (Tom Petty And The Heartbreakers) on drums. Jason and I decided we didn’t want to record with a click track and record naturally, like they did in the old days (laughs). Jason sang the tunes one or two takes, done. The tracks were so good we asked Bill Champlin (Chicago) to come in and play Hammond B-3 and sing backup vocals with Jason, and talk about a sound. We went over to Luis Conte’s studio and he added some amazing percussion; cool guy too. Todd Rundgren mixed one so far, and it’s killer. This has been a labor of love and we’re not finished yet. At some point, these songs will see the light of day."

Black 'N Blue released four albums between 1984 to 1988, returning in 2011 for the reunion record, Hell Yeah! Thayer's future KISS bandmate Gene Simmons produced the band's third and fourth albums, Nasty Nasty (1986) and In Heat (1988) respectively. Check them out below.