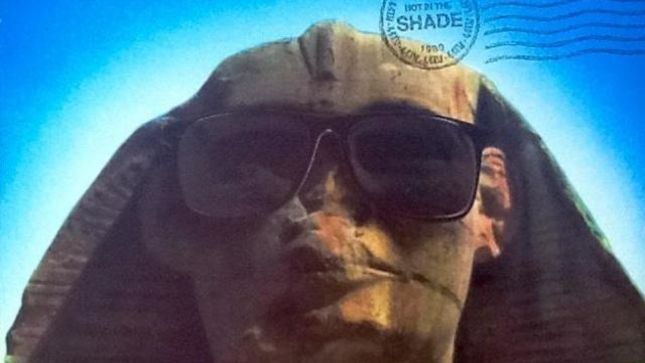 KISS guitarist Tommy Thayer is featured in a new interview with The Story Of Rock And Roll Radio Show out of South Africa. He discusses how his relationship with the band formed, supporting KISS with Black 'N Blue, working with Jimmy Barnes

On working on Hot In The Shade

Thayer: "I had a relationship with Gene Simmons because he produced Black 'N Blue's third and fourth records (Nasty Nasty and In Heat). At one point he asked me if I wanted to write a couple songs with him. He was working on some tunes for their new record at the time, which became Hot In The Shade. Of course I jumped on that an ended up with a couple co-writes with Gene ("The Street Giveth And The Street Taketh Away", "Betrayed") and it was interesting because they were album tracks, but 'Betrayed' ended up being the B-side of the single, which was 'Forever'. That was a big song - it was a Top 10 record. I didn't have any money at the time, and one day I went to my mailbox and there was a cheque from the publishing company for $25,000 (laughs). I couldn't believe it."

Thayer recently spoke with Australia's Heavy about the band's current End Of The Road farewell tour, including the planning of the show, the setlist, and their wide demographic. He also looks back on his first official show with KISS, which was the KISS Symphony show in Melbourne, Australia with the Melbourne Symphony Orchestra in 2002.