KISS - "How They Almost Never Made It Out Of Queens" 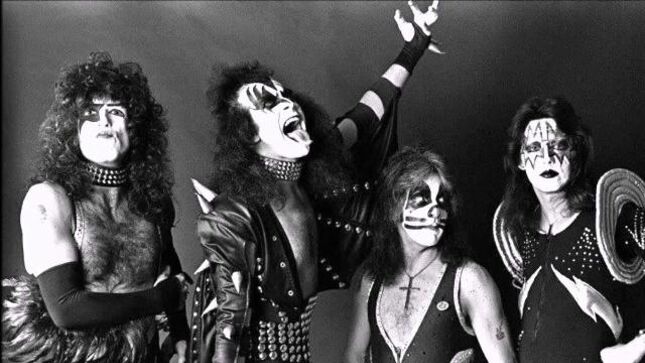 The New York Post is running a new story on KISS, looking back on the band's formative years. Following is an excerpt from the piece.

Success was a long shot. Former yeshiva boy (Gene) Simmons and opera-loving (Paul) Stanley were nobodies who couldn’t cut it at Manhattan hot spots. Instead, KISS played its first gig, in 1973, to an almost empty Popcorn Club in Sunnyside.

“Most musicians thought the kabuki makeup was lame,” musician Binky Philips, who went to high school with guitarist Paul Stanley, told The Post. “They made a big noise as a group but, individually, there were no stellar musicians in KISS. They were not handsome. ­Peter (Criss / drummer) had a weak chin and Ace (Frehley /guitarist) had bad skin.

Tom Werman, an A&R man for Epic, remembers them wearing spandex and whiteface when he brought his boss to a practice. “Afterward, my boss looked at me and asked, ‘What the f–k was that?’” he told The Post.

Tickets are available now at KISS2020Goodbye.com. Watch a new video trailer below: