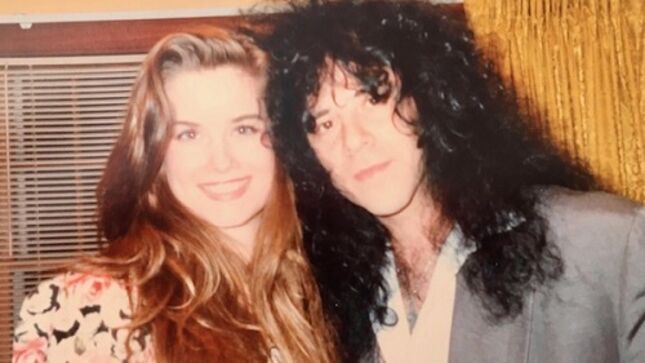 A new authorized documentary on late KISS drummer Eric Carr is currently in production. Speaking exclusively to BraveWords scribe Aaron Small, Carr's girlfriend, and Playboy Playmate, actress, model, and author Carrie Stevens talked about her involvement with the film, and what fans can expect. According to Carrie:

"I’m excited to announce that I have joined the original team behind the 2000 documentary Tale Of The Fox (Jack Edwards Sawyers and The Eric Carr Family) to produce a new and uplifting documentary bringing Eric Carr’s legend to life. I was interviewed in Tale Of The Fox, as I was Eric’s long time girlfriend. This time around I am a producer. Sawyers is not a random director/producer for hire; he worked with KISS and was a close friend of Eric’s. So, there is a lot of heart and soul behind the project."

"We have been working tirelessly to weave together never before seen footage of both Eric’s private life and his performances. I’m very excited to share his personality with those who never got to know him. I can’t watch without laughing and smiling because Eric’s humor and charm is captured so well. We have (SiriusXM radio host) Eddie Trunk, (former KISS guitarist) Bruce Kulick, and many other surprise celebrity guests who give dynamic interviews, and offer unique insight as to why Eric’s popularity keeps growing long after his passing. We are looking at a November 2021 release date, as November 24th will mark thirty years since Eric died of a rare form of heart cancer. The documentary is currently untitled. We will be releasing more info in the coming months."

Eric Carr was a member of KISS from from 1980 to 1991, stepping behind the kit following the departure of the band's original drummer, Peter Criss.