KISS - Lydia Criss Tells The "Beth" Story - "Originally... It Was A Mean Song" 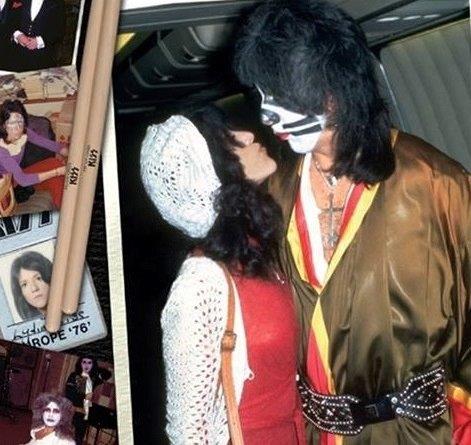 BraveWords scribe Greg Prato has penned an article for SongFacts on the classic KISS tune, "Beth". To get the inside scoop, Prato spoke exclusively with Lydia Criss - the first wife of KISS drummer Peter Criss; the pair were married from 1970 to 1979; an excerpt follows:

Greg Prato: Was "Beth" about you or the wife of Peter's bandmate from a pre-KISS band?

Lydia Criss: "Originally, the song wasn't a sweet song like it is now - it was a mean song. It was written about Peter's guitar player's wife [when Peter was in a band called Chelsea]. His name was Michael Brand, and her name was Rebecca - and everyone called her 'Beck.' You know, Becky. So when the song was written, it was written like, 'Beck I hear you calling, but I ain't coming home right now. Me and the boys are playing.' It's like, 'It's too bad for you' - that type of song."

Greg Prato: Did you get a chance to read Peter's book (2012's Makeup To Breakup: My Life In And Out Of KISS)?

Lydia Criss: "I did read Peter's book. I read it - believe it or not - with a highlighter. [Laughs] So everything that was wrong, I highlighted. And let me tell you, there is a lot of highlighted parts! He's not accurate. He's also an exaggerator. There were some things that I was a little bit surprised to hear, but kind of felt it always in the back of my mind. I didn't know a certain part of his life: when he was going through rehab and stuff like that, I wasn't with him. I heard about it vaguely through my mother, who had a friend that knew someone that was in the rehab place with him. I'd hear drips and drabs of things that were happening, but didn't really keep in touch with him."