KISS Manager DOC McGHEE - "We Do Four Chords And Bad Lyrics, And It Works Fabulous" 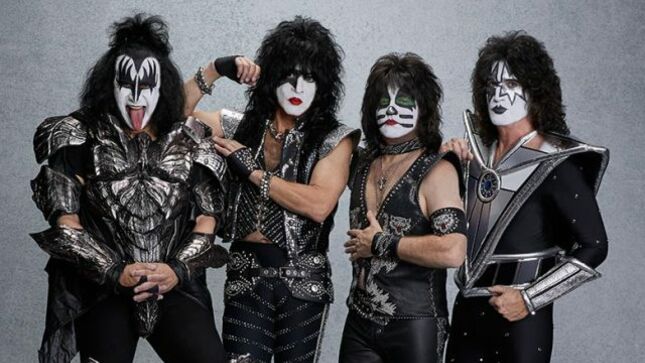 In the latest installment of Rob's School of Music, manager Doc McGhee discuss what it's like to manage artists including KISS, Bon Jovi and Mötley Crüe. Check out the interview below.

"My philosophy for all my bands has always been: if you're the very, very best at what you do, people will come and see you. And if you're not, they will go see the very, very best. Fucking simple. So what do we do with KISS? We do a show that whether you're a KISS fan or you know one song, you wanna go see this show because it's an amazing, entertaining show. We don't go and write songs and try to be Pearl Jam, or try to be Rage Against the Machine, or try to be anything else. We do four chords and bad lyrics, and it fucking works fabulous for KISS. And we blow shit up. And the collectability of KISS and the aura around KISS is monstrous. It's infectious; it excites me every day.”

Celebrating the success of one of the most iconic bands of all time, KISS will take the stage for a special performance at the 2021 Tribeca Festival in New York City. For the first time ever, the band will perform at the festival directly following the screening of Part One of their new A&E documentary, Biography: KISStory. The two-part documentary event is part of the Festival’s 2021 TV lineup.

Founding members Paul Stanley and Gene Simmons will be joined by current band members Tommy Thayer and Eric Singer for a multi-song, live, performance at the event. The concert, at a currently undisclosed location, is announced on the heels of the news of the definitive A&E documentary Biography: KISStory which is set to premiere with a two-night event on June 27 and June 28 from 9 - 11 PM, ET.

Festival passes are on sale now. Tickets to attend the outdoor in-person screening / events are available starting Monday, May 10 at 11 AM, EST. More info here.