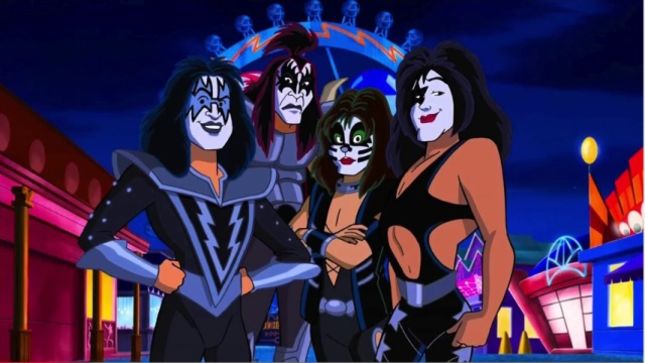 KISS takes center stage in the latest Scooby-Doo full-length animated film, Scooby-Doo And KISS: Rock and Roll Mystery, set for release by Warner Bros. Home Entertainment on July 21st, 2015. The new song KISS recorded for the movie is "Don't Touch My Ascot" and is streaming below: