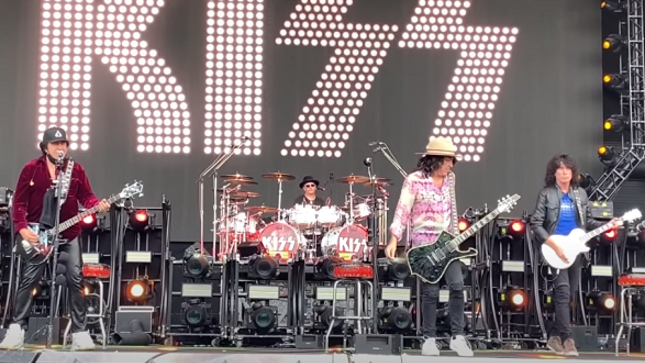 KISS soundcheck footage from Chula Vista, CA shot on September 25th has surfaced on YouTube courtesy of user kppushn. Watch the band run through "Plaster Caster", "Going Blind" and "Hotter Than Hell" below.

KISS’ End Of The Road Tour continued on October 13 at The Pavilion at Star Lake in Burgettstown, PA. Find additional information at kissonline.com/tour.