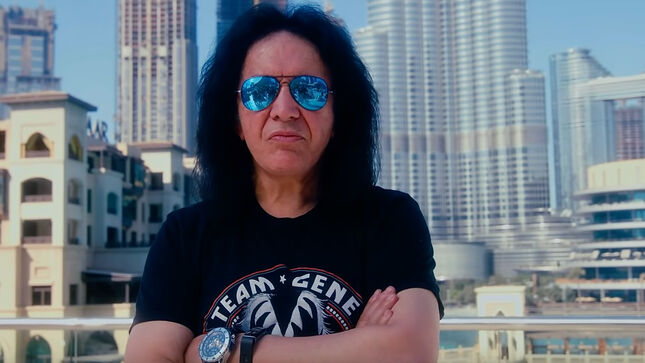 KISS members Paul Stanley, Gene Simmons, Tommy Thayer, and Eric Singer, took in the sights of Dubai ahead of the band's NYE streaming event. Watch the individual videos below:

KISS are sending off 2020 in style on at iconic destination, Atlantis, The Palm in Dubai. In a year when stages have been dark globally and fans have been craving a true live music experience, Landmarks Live Presents is set to deliver the largest KISS show of the band’s storied career live from The Royal Beach at Atlantis Dubai with numerous world record attempts for largest ever pyro display.

Fan-filmed video of the band's soundcheck, including pyro rehearsal, can be viewed below.