KISS Talk Involvement In New Scooby-Doo Animated Film - "We're Very Careful About Who We Associate With; It Was A No-Brainer" 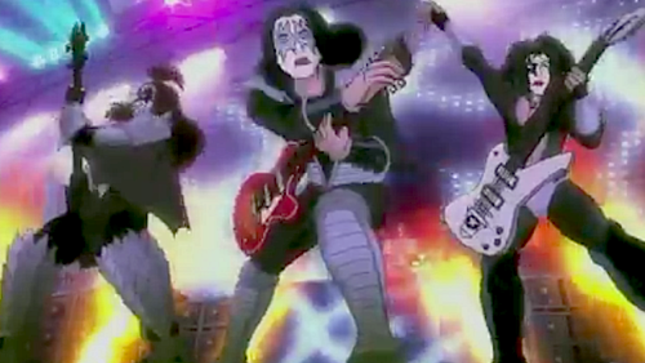 KISS takes center stage in the latest Scooby-Doo full-length animated film, Scooby-Doo And KISS: Rock and Roll Mystery, set for release by Warner Bros. Home Entertainment on July 21st, 2015. The band guested on IGN at the recent Comic Con in San Diego, CA and discussed the project. Check out the interview below: