KIX Guitarist BRIAN "DAMAGE" FORSYTHE Talks Reuniting In 2003 For Hometown Show - "We Saw The Reactions; It Was Like 'We've Got To Do This Again'" 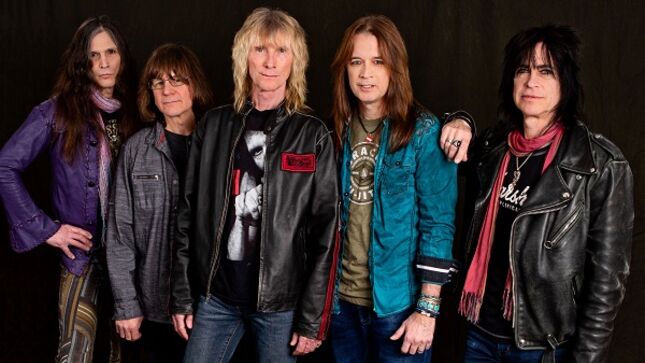 Kix guitarist Brian "Damage" Forsythe sat down with 80's Metal Recycle Bin to talk about the band, drugs, and rock and roll. He was there from the very beginning and talks about his journey, which included leaving Kix in the '90s and returning in 2003.

Forsythe on Kix reuniting in 2003:

"Steve (Whiteman / vocals) and I talked about it and decided that if we're going to do it, why don't we really put the band back together and see how it goes? That was how we sort of fell back into it. Once we did that and we played (home town) Baltimore, and we saw the reactions, it was like 'We've got to do this again.' It started out around Baltimore, and from there... we just thought it was a whim. Once or twice a year we'd do a little group of shows and it kept growing. I finally talked Steve into letting me talk to a booking agent, and that really opened it up. Our first huge out of town show was Rocklahoma in 2008, and the rest is history.