Konkhra reissues their much sought after debut on LP and deluxe 2CD (with all pre-album demos). Sexual Affective Disorder was originally released on Progress Red Labels in July 1993. The album was recorded at the now legendary Sunlight Studio in Sweden and produced by Tomas Skogsberg and Konkhra.

Konkhra had been roaming the Danish underground scene since the early nineties and steadily increased their fanbase with The Vicious Circle demo from 1990 and the Malgrowth demo from 1991, both featured on the 2CD edition as bonus. Also included is their first official release: the Stranded EP from 1992.

The music on Sexual Affective Disorder might be described as old school death metal mixed with technical thrash metal elements. The vocals on the album are influenced by the high pitched sneer/deep guttural growl Carcass vocal style, so a clear death metal approach.The technical playing is used to keep the songs exciting all the way through the album. Songs like “Center Of The Flesh”, “Blindfolded”, “Chaos To Climb” and “Empty Frames” simply blow one away every time. The addition of samples in some songs also give the album a great atmosphere.

The production is raw and not too polished but clean enough to be able to hear what's going on, that great Sunlight Studio sound. Listening to Sexual Affective Disorder is always a pleasure.

• LP comes with download card
• CD comes as a deluxe edition with slipcase including all demo recordings
• The cover artwork was painted by Danish artist Michael Kvium
• Remastered by Tue Madsen (Moonspell, Meshuggah, Sick of it All, Baby Metal) 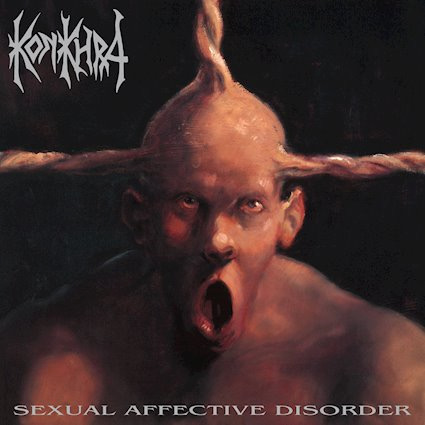