KONVENT's Call Down The Sun Album Due In March; "Grains" Music Video Posted 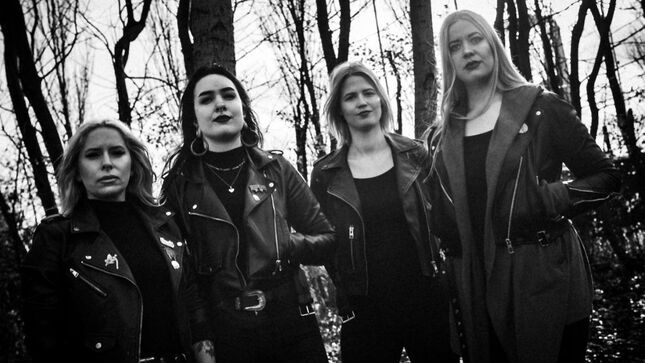 After their debut full-length album, Puritan Masochism, took the entire doom and heavy metal scene by storm upon its release two years ago, March 11 will see Danish blackened death doom outfit Konvent return with a sophomore offering that doubles down on the band’s songwriting talent and brutal, heavy sound.

The sonic evolution of Konvent over the course of just two years is immediately evident on Call Down The Sun, surprising with new elements at every turn. Undoubtedly inspired by recent dark times, the ongoing pandemic and cancellation of live performances, the new album sees the Copenhagen-based band more pissed off, fast-paced and pitch black throughout. Rikke Emilie List’s guttural, sublime growls and fierce screams perfectly integrate with a heavy as hell wall of blackened death and funeral doom metal riffs from guitarist Sara Helena Nørregaard, backed by a thick, profound rhythm section provided by bassist Heidi Withington Brink and drummer Julie Simonsen.

But give ear, as today Konvent has unleashed a first single taken from Call Down The Sun. “Grains” is a ground-shaking, stomping black doom metal epos that will be a must-hear on the band’s upcoming live setlists - showcasing their deep black soul with a hint of post-metal and even progressive elements.

"'Grains' is about realizing the repetition of self-destructive patterns and not knowing how to break out of that cycle. It is the first Konvent song containing Danish lyrics, as we felt like the song called for it," vocalist Rikke comments.

Watch the music video for "Grains" below.

"In our search for a video producer, we found Martin Goltermann and we quickly shared the same vision for the video; atmospheric shots of sand and the sea reflecting the lyrics and a black-haired woman's journey. As we were in a hurry, Julie had to step in and embody the part of the woman. After two days of shooting by the windy coast and in our cold rehearsal space, Martin wanted to go out again with Julie to get a few final shots. However, it had been snowing during the night and he managed to capture these beautiful shots of Julie gliding through the winter landscape. We loved it so much that we scrapped all the other footage."

Recorded and mixed by Lasse Ballade at Ballade Studios, Copenhagen and mastered by Brad Boatright at Audiosiege Studio, the new album’s thunderous apocalyptic sound is impossible to escape. Call Down The Sun a refreshing, vibrant record that is not only poised to top 2022 Album Of The Year lists, but reign as one of the best death and blackened doom metal records of modern times.

Call Down The Sun will be available in the following formats: 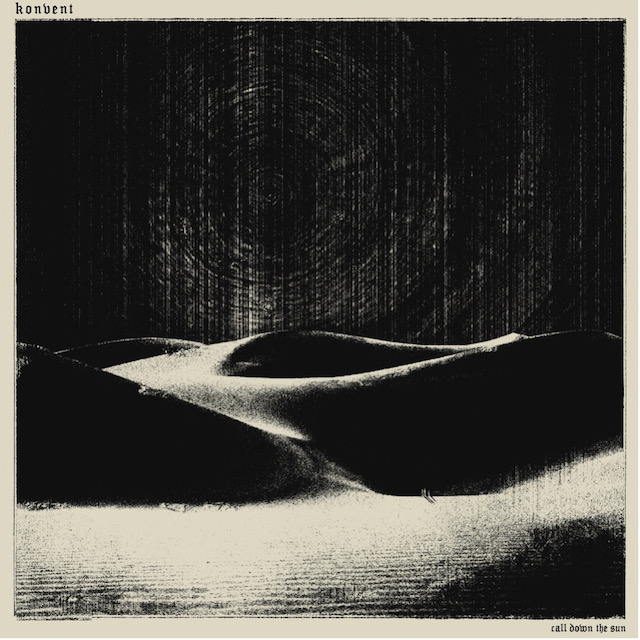