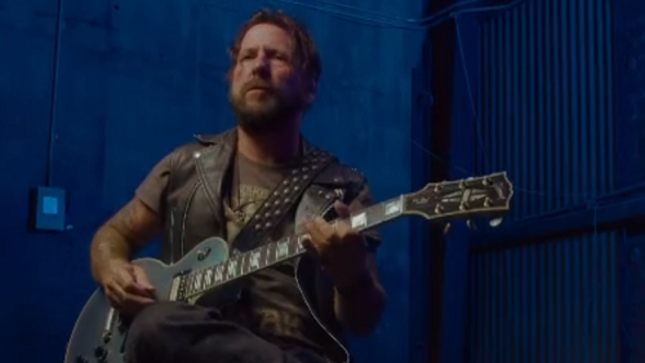 L.A. Guns will release their new album, Checkered Past, on November 12. Pre-order / save your copy on CD / Color Vinyl / Digital here. On October 22, the band will release another new track from the record, a song called "Get Along", a sneak peek has surfaced online:

Since their self-titled debut in 1988 to the widely praised comeback albums The Missing Peace and The Devil You Know, L.A. Guns, led by Tracii Guns and Phil Lewis, have always delivered solid rock ‘n roll to their fans. This current incarnation of the band has been touring non-stop, with a notable break coinciding with all other touring bands, and the cohesiveness of the unit, not to mention Phil’s stunning and unique vocals and Guns’ mind-bending guitar playing, are on full display here. A must hear and listen for all fans of the band, both new and old.

L.A. Guns never looked like the pretty poster boys that so many of their peers did, but more the band that you would be terrified to bump into in an alley as they would likely be carrying switchblades and ready for a fight. But despite having many songs to back up that image, the band could also write powerful ballads (see the smash hit, “The Ballad Of Jayne” for Exhibit A of this argument) that showed there were some serious songwriting chops in the band. Those chops are on full display on the band's two most recent studio albums and the upcoming new album, Checkered Past, arguably one of the most vital and exciting releases in the band’s catalog.