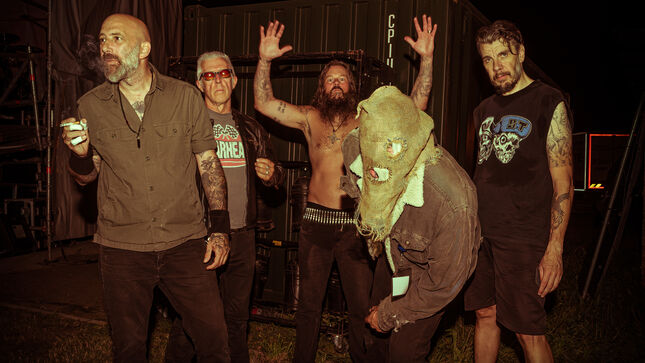 Four years after their unanimously acclaimed self-titled album, La Muerte continue to push their boundaries with Sortilegia. The album is again produced by La Muerte and Déhà (Wolvennest, Mongolito).

According to Didier Moens, aka Dee-J, the time passed allowed all the members to grow together, as a band: “Nothing is calculated with us…,” says Didier. “Even if the music evolutes, or explores different paths, the spirit and the vision remain the same. We are still rough and edgy as ever. It is still impossible to categorize or explain exactly what we do. In this album, we still find the ingredients, but also the ethics, that make La Muerte so peculiar and radical."

Sortilegia? A scorching soundtrack to the Apocalypse. La Muerte returns to battle with an even more intense, massive and cohesive burner than their 2018 self-titled album. Once, in response to a journalistic question, Dee-J and Marc du Marais called their work "morbid surrealism," which defined their intentions better than any other label. But if you really have to categorize, why not: "Borderline Rock": always pushing the blade a bit deeper, and keeping it sharp. In the band's cauldron, a decapitating mixture of psychedelic, metallic and noisy sounds still simmering. La Muerte has lost none of its raw and fierce radicalism.

The cover art was created by French artist Fabrice Lavollay

Sortilegia will be available vid Consouling Sounds in EU/UK. The LP will also be released simultaneously in the US via COP International. 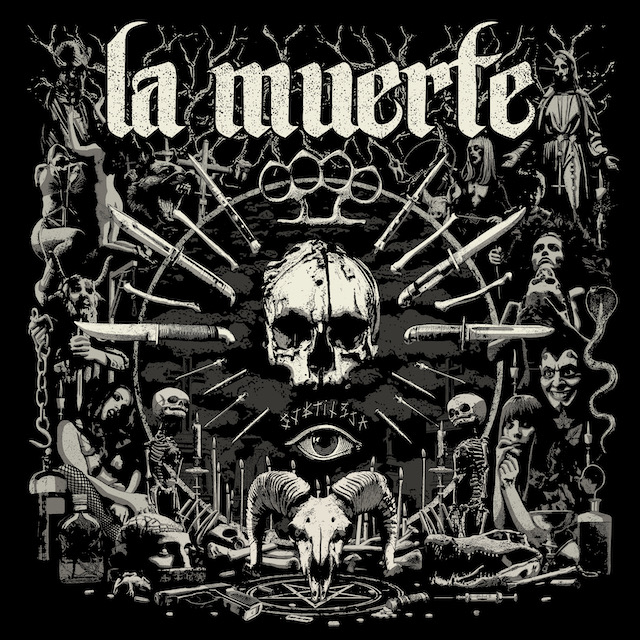 "Sortilegia"
"No Fear"
"Kiss My Fist"
"Snake In My Hand"
"Brother Satan"
"Pontiac Firebird"
"Monster"
"Blood On The Moon"
"Dust, You Will Return"
"Keep Your Secret"
"Longue Misère"

La Muerte will be back in Brussels to present their brand new album on January 25. It will be their first live appearance in the Belgian capital since their last gig at the Ancienne Belgique, exactly 4 years ago (12/01/2019). On this occasion, La Muerte will be performing for the first time in the main hall of the notorious Botanique. Order the tickets here.