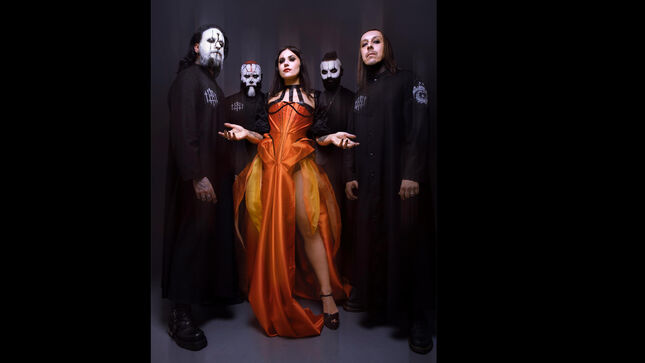 Italian metal legends, Lacuna Coil, have announced their return to the United States next year, with a special West Coast tour featuring The Birthday Massacre, Blind Channel, and Edge Of Paradise as openers. This trek follows the successful East Coast run in fall 2022 with Butcher Babies, Uncured, and Lions At The Gate, in support of Lacuna Coil's recent Comalies XX release.

Cristina Scabbia (vocals) comments: "USA Coilers! We are so thrilled to announce that we'll be heading your way again in 2023. We can't wait to perform for you, and we'll not be alone - we'll bring along our special guests Birthday Massacre, Blind Channel and Edge Of Paradise to the party! Who's ready for a treat?" 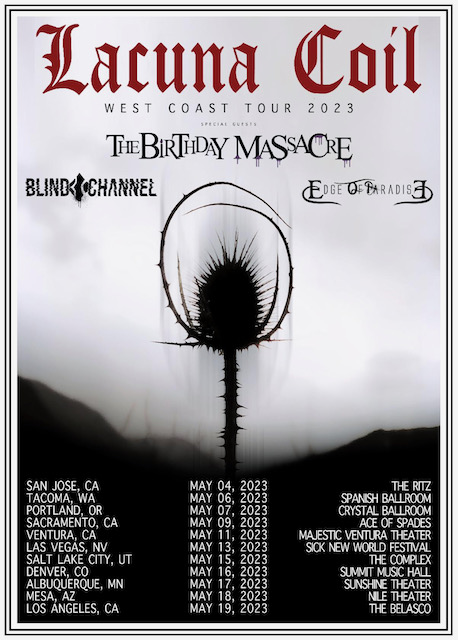 * - No Blind Channel, Edge Of Paradise

Lacuna Coil released Comalies XX this past October via Century Media Records. Available as a Ltd. Deluxe 2CD Artbook, 2CD Jewelcase, Ltd. Gatefold 2LP+2CD & LP-Booklet and digital album, Comalies XX is an entirely deconstructed and remade re-recording of Lacuna Coil's third full-length album, Comalies (2002). Featuring the original songs from the classic record, plus new versions of the 13 tracks, Comalies XX has the same energy and drama as 20 years ago, but is dressed for 2022 and ready to win over old fans, as well as new fans, alike.