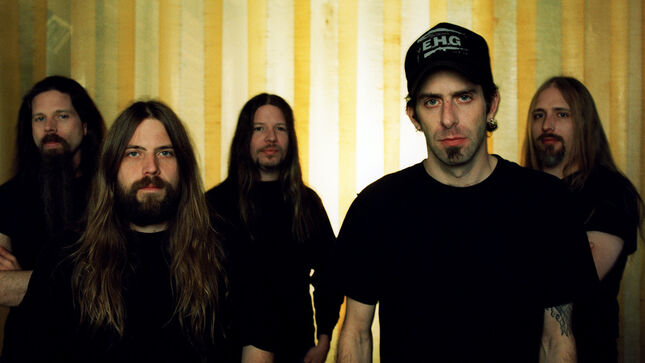 Lamb Of God has premiered Making Of "Redneck”, a behind the scenes look at the wildly fun 2006 music video for “Redneck” from the Sacrament album. Watch the new clip, as well as the official video, below:

In celebration of the 15th anniversary of Lamb Of God’s massive Sacrament album, Epic Records is issuing an anniversary edition of the album and short documentary.

The remastered Sacrament (15th Anniversary) will contain the original album tracks, as well as previously unreleased bonus live tracks recorded at House of Vans Chicago in the band’s only live performance of 2020. The album is scheduled for a digital release on August 20, with a vinyl edition slated for early next year. The “Making Of Sacrament” feature, originally included on the Walk with Me in Hell DVD, will premiere on YouTube August 20. Watch the trailer below.

Originally released on August 22, 2006, Sacrament debuted at #8 and sold nearly 65,000 copies in its first week. The album spawned the popular track “Redneck,” which brought Lamb Of God their first Grammy award nomination for “Best Metal Performance.” The album was certified Gold by the RIAA in September of 2019.

Following the expanded re-release of Lamb Of God earlier this year, the quintet is now readying for a co-headline tour with Megadeth on The Metal Tour Of The Year, featuring support from Trivium and Hatebreed.