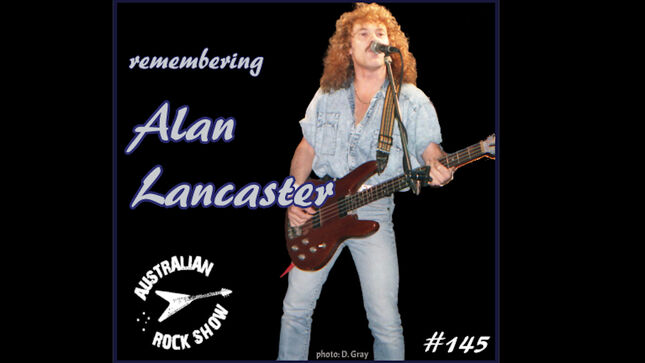 Alan Lancaster, founding member of Status Quo who passed away last month, has been remembered by former bandmates in a memorial episode of the Australian Rock Show podcast.

For more than half his life, Lancaster called Australia home and after leaving Status Quo was a member of popular Australian outfits The Party Boys and The Bombers.

On episode #145 of The Australian Rock Show, some of his former bandmates: John Brewster (The Angels), Tyrone Coates (The Bombers), and Kevin Borich, John Swan and Paul Christie (The Party Boys) all shared memories of their time working with Lancaster.