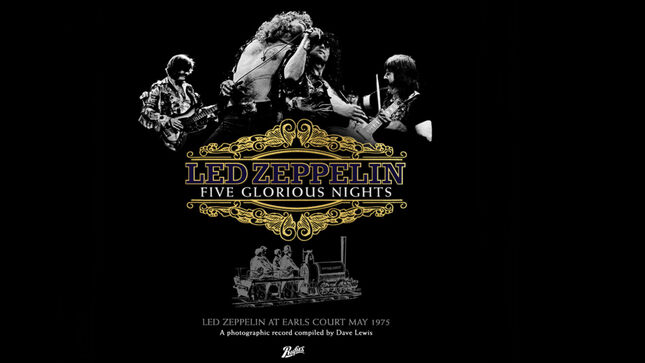 Rufus Stone Publications have announced the October re-release of Led Zeppelin - Five Glorious Nights by Dave Lewis. A new expanded version will be available in two editions starting at £59.

In May 1975, Led Zeppelin performed five momentous concerts at the Earls Court Arena in London to a combined audience of 85,000 fans. It found the band at the peak of their powers, slaying the sold out audiences with a nightly marathon three and a half hour presentation of light, sound, power and energy. Led Zeppelin’s appearances at Earls Court represented a career high for the group and four decades on, are still held in the highest esteem by the vast following. 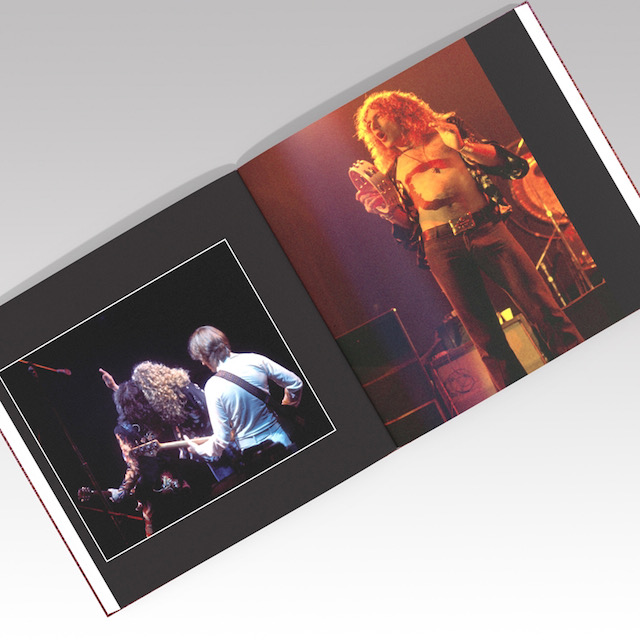 They were also some of their most visually appealing shows complete with pioneering laser effects, a large video projection screen and the band themselves more than dressed for the occasion – Jimmy Page in a two piece dragon suit, Robert Plant with a cut off shirt allowing for bare chested narcissism, John Paul Jones in a quirky Spanish jacket complete with onions and John Bonham in a glittering T- shirt high on the drum rostrum. 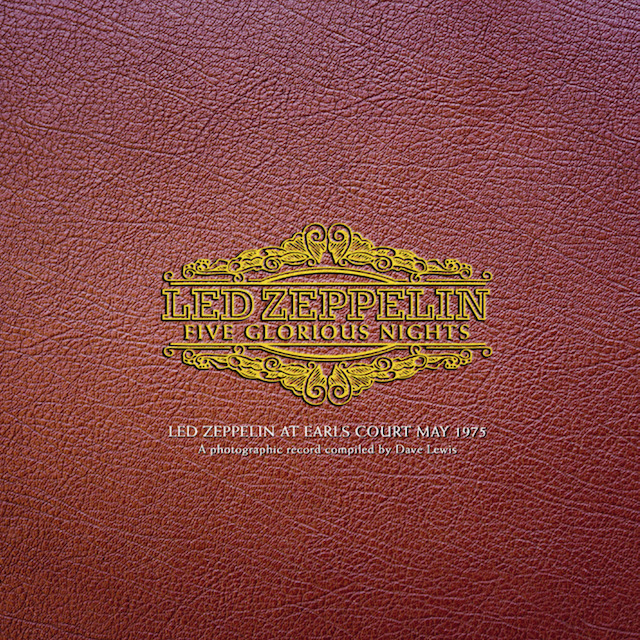