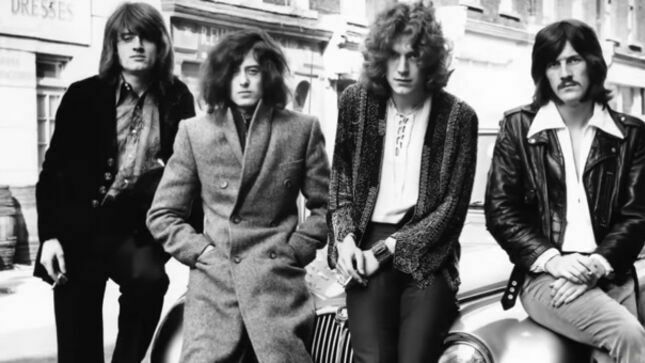 According to a report by Australia's Canberra Times, a rare interview with late Led Zeppelin drummer John Bonham was unearthed and used for the new band documentary, Becoming Led Zeppelin.

During the making of the documentary, director and producer Bernard MacMahon found a bootleg copy of an interview with Bonham on vinyl. He knew he had to find the original copy for the band's first authorised documentary, Becoming Led Zeppelin, which premiered at Venice Film Festival last week.

The search led him to the National Film and Sound Archive, after he recognised the interviewer's accent as Australian. It was there, that only a week prior, curators had found the interview in a stack of 8000 tapes donated by Sydney radio station 2SM.

The interview is from early 1972. The band was one of the biggest rock bands in the world, having just released its fourth studio album, Led Zeppelin IV - which featured the rock anthem Stairway to Heaven.

It was ahead of their Australian tour that Australian broadcaster Graeme Berry scored himself an interview in Led Zeppelin singer Robert Plant's home, interviewing both Plant and Bonham for 2SM.

The result was one hour of audio that revealed a side of Bonham that was rarely seen - if at all - during interviews.

"John Bonham is open and engaged and friendly in the audio. And that's unusual for interviews with John Bonham," Mr Kaeding said.

"I recently returned from the Venice Film Festival where the world premiere of Becoming Led Zeppelin was unveiled. With Bernard MacMahon (the director), Allison McGourty (producer of the film) and accompanied by Scarlett Sabet, we were about to feel the feedback of the documentary.

The first run was 2pm on Saturday 4th September. The full capacity audience were already in the venue (COVID restrictions observed) before we were due to enter and welcome the audience and to say hello. There was a 10 minute standing ovation before a word was said. The audience bestowed such affection before the viewing it was quite overwhelming. As the film progressed the enthusiasm intensified and certain sequences were followed by applause. The audience were really connected and it was interesting to witness the communication and enthusiasm the event and the film were generating. After the closing credits, the audience rose to their feet and gave us another standing ovation, a thank you that I can’t convey in words, but boy did I feel it.

That evening there was to be a midnight showing and I wanted to attend that as well. Bernard and I introduced the film to another enthusiastic audience and another standing ovation. It was so energising to feel the love, joy and anticipation from the public. The world press from the next couple of days was equally encouraging. They had had a private viewing so the questions were totally relative to the film documentary. The film had clearly touched the hearts of both audience and critics alike.

Just now awaiting the announcement for the official release of the film and the day we can all see Becoming Led Zeppelin."