LEE AARON Finishes Mixing New Album With AC/DC Engineer MIKE FRASER - "And We Have Him On The Horizon To Make The Next Album Too"; Audio 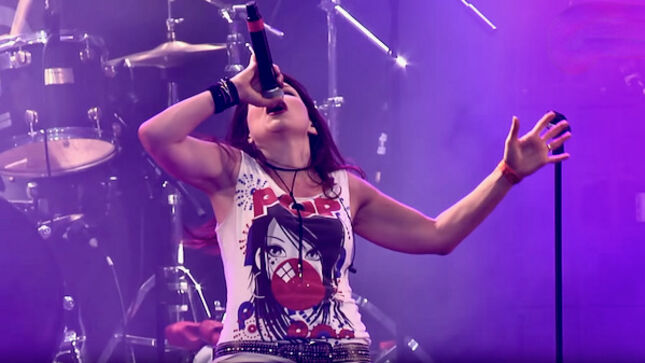 Vintage Rock Pod interviewed multi-platinum selling rocker, the Canadian Metal Queen, Lee Aaron, to chat about her career breaking through the male dominated 80s scene and to hear about her new album working with AC/DC engineer Mike Fraser. The interview is available on Apple Podcasts, here, and below.

In this wide ranging interview Lee Aaron talks openly about falling out of love with her big hits, fearing for her voice after suffering with pneumonia and why, despite her success in Canada and mainland Europe, she was never given the chance to crack America. Key highlights below:

Q: What's your plans for the year ahead?

Lee Aaron: "I just finished mixing a new album for 2021, it’s coming out in late spring of this year. I’ve just finished mixing it with Mike Fraser, he just mixed the new AC/DC album. He’s an incredible talent. I was so thrilled to be able to work with him. And we have him on the horizon to make the [next] Lee Aaron album too. So this album is finished, we’re just in the process of signing a deal and it's slated for late spring, I think we’re looking at late May or early June. And we’re writing songs for a 2022 album - what else are we gonna do right now?! And I’m working on my memoirs as well, so there’s a book on the horizon, hopefully in the not too distant future!"

Q: Metal Queen broke big for you in 1984 and that name has stuck ever since hasn’t it!?

Lee Aaron: "Yeah it’s kind of been a blessing and a curse! I went through a period in my career where I was very anti-Metal Queen. I didn’t even want to play the song. I’ll tell you the reason why. In terms of public perception of me and who I was as an artist, I think the uber rock fans that really really got it saw that video and image as what it was initially meant to be which was a symbol of female empowerment, a symbol of good triumphing over evil. So the uber fans got it.

"But for a lot of the other public, the perception was that I was this hard rocking chick, that was the lifestyle I was leading, that I was all about swords and loin cloths and metal and bikers. My actual life couldn’t have been further from the truth. I was a very serious musician, I wrote my own songs, I was involved in the production of most of my own records and in fact I’ve produced every one of my own albums since the year 2000.

"I was just upset with the public perception baggage that went with that image and I was trying to distance myself from it. Nowadays I'd like to think the world has come full circle and that doesn’t exist any more. I've been encouraged to wear the crown with pride."