LITA FORD - "My Life Wouldn't Be The Same If It Wasn't For RONNIE JAMES DIO And The Rest Of The Guys In RAINBOW"; Video 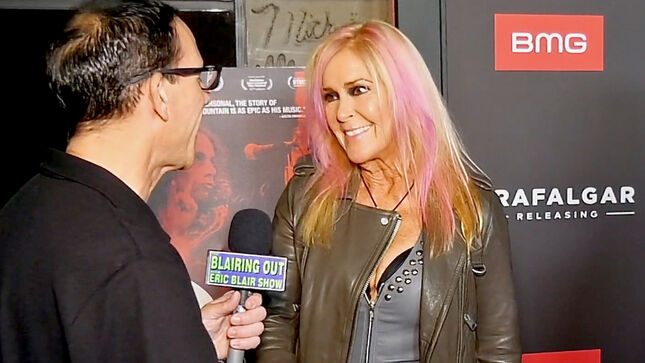 The Los Angeles premier of Dio: Dreamers Never Die, the documentary film celebrating the life of heavy metal legend Ronnie James Dio, was held on September 20 at the TCL Chinese Theatre 6 complex in Hollywood. Eric Blair caught up with Lita Ford on the red carpet, and asked why the documentary is important to her. Watch below:

The film, which world premiered at this year’s SXSW, will arrive in theatres worldwide for special event screenings on September 28 and October 2, presented by BMG and Trafalgar Releasing.

Wendy Dio, his widow, long-time manager the film’s executive producer, as well as the two filmmakers, were on hand for the premiere in addition to many musicians and celebrities who knew Dio personally or were influenced by his music.

In attendance were Dio’s cousin David “Rock” Feinstein, who played with him in the band Elf, broadcast personality Eddie Trunk and Don Coscarelli, director of “The Last In Line” music video, all of whom appear in the film. Additionally, Lita Ford, Joey Belladonna of Anthrax, members of the Dio band, The Dead Daisies, Black Star Riders, Lynch Mob and Quiet Riot and many others attended the event.

Tickets for Dio: Dreamers Never Die, are on sale at diodreamersneverdie.com.

In addition to the feature-length film, this special cinema event will also include a hand-picked selection of outtakes from the cutting room floor that will only be shown at these screenings to create an exclusive experience for fans in attendance. 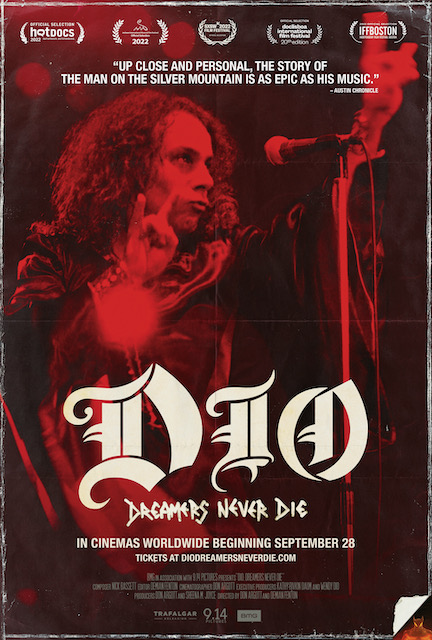 Ronnie James Dio, who died of gastric cancer in 2010, reigns as one of the most influential rock artists of all time and one of the greatest vocalists ever. With an illustrious recording career spanning from the 1950’s through to the 2000’s, the documentary follows his trajectory from sideman into singer, songwriter and frontman of not one, but three, of rock’s internationally-renowned, multi-Platinum-selling arena attractions: Rainbow, Black Sabbath and DIO. Famous for popularizing the “devil horns” hand gesture that is now synonymous with hard rock and heavy metal music, Dio was known for not wavering in his pursuit of his rock and roll dreams and continues to influence a new generation of music artists.  His fans the world over remember him not only for his massive talent, but for his kindness, resulting in millions of dollars raised for cancer research in his memory.

Rhino/WMG will release the soundtrack from Dio: Dreamers Never Die in the fall.