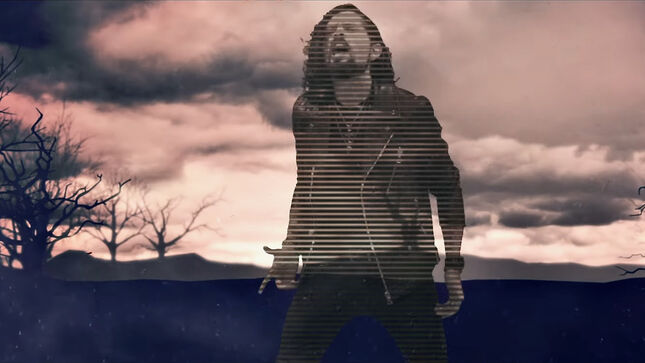 Frontiers Music Srl released Lords Of Black's new album, Alchemy Of Souls, Part II, back in October. Today, fans get a new taste of the album with the release of the single and music video, "Maker Of Nothingness". Watch the video below, and order/save the album here.

The new album, Alchemy Of Souls, Part II, is a continuation of the themes started on the previous album. With the downtime created by the global pandemic, Lords Of Black worked incredibly hard to create music that pushed past the boundaries of anything the band had done in the past showing a newfound musical maturity from the band, incorporating new musical elements into their style. Vocalist Ronnie Romero (Rainbow, Sunstorm, The Ferrymen) delivers another vocal performance yet to be matched, guitarist Tony Hernando delivers some of the best melodic metal he has ever written, while bassist Dani Ciado and drummer Jo Nunez prove to be a powerful rhythm section so powerful who play with absolute finesse.

Heavier and darker compared to the album that preceded it, Alchemy Of Souls, Part II enhances the perception that Lords Of Black are now ready to ascend to the upper tiers of European melodic metal. This is an album not to be missed by both melodic metal and progressive metal fans alike. An absolute delight for the ears and another classic in the making from these Spanish masters.

Once again, co-produced, mixed, and mastered by Roland Grapow, the album created a stir in the metal scene and is still regarded as a true underground classic. The band played several European shows in support of the release and then headed back to the studio to create the follow up album, "Icons of the New Days". Upon its release, the album once again set a new standard for melodic metal with outstanding epic tracks mixed with glorious power/progressive metal songs.

Like its predecessor, Alchemy Of Souls, Part II is setting a new gold standard for melodic metal in the new decade.

"Prelude (Alchimia Confessio 1458 A.D.)"
"Maker Of Nothingness"
"What's Become Of Us"
"Bound To You"
"Before That Time Can Come"
"Mind Killer"
"Death Dealer"
"Prayers Turned To Whispers"
"In A Different Light"
"How Long Do I Have Now"
"Fated To Be Destroyed"
"No Hero Is Homeless"
"Sympathy" (Uriah Heep cover)

"Bound To You" video:

"What's Become Of Us" video:

"Before That Time Can Come" video: