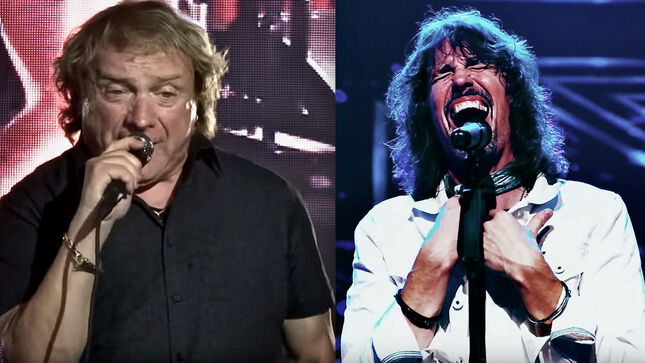 Original Foreigner vocalist, Lou Gramm, recently spoke with John Beaudin of RockHistoryMusic.com, and discussed how he feels about current Foreigner singer Kelly Hansen, and relationship with Mick Jones. Watch below.

On what he thinks of Hansen, Gramm reveals: "Kelly is all right, he's a good singer, but I think Mick really told Kelly, when he first got in the band, that he had to study me, because he sings those songs with the same musical innuendos and vocal licks and ad-libs as I have. He's mimicking me. His voice doesn't sound like me, but he's singing the songs the way I would sing them. Some people say, 'Well, take it as a compliment, Lou.' I don't take it as a compliment, you know, you're a singer with a big band like that, use your voice and your style. Don't hang your coat on my hook."

He added, "I don't think he should sing the songs verbatim like me. Maybe sing a couple of parts, but let his own influences show.. show the fans that he's the new singer now, not me."