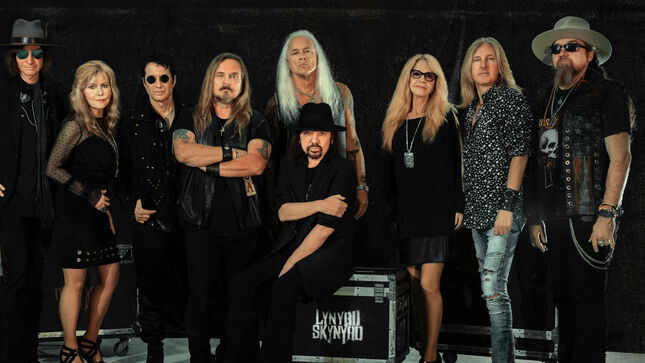 “Our thoughts and prayers are with Gary Rossington as he recovers from emergency heart surgery. Gary is home resting and recovering with his family at home. He wants everyone to know he is doing good and expects a full recovery. After this past year, the country being shut down and everything we have all been thru, The Rossington’s encouraged the band to go perform in his absence. Music is a powerful healer! We all felt playing the shows and bringing the music to y’all was a better option than cancelling the performances. We wish Gary a speedy recovery and we will see the Skynyrd Nation very soon! Please do us a favor and say some prayers for the Rossington family and if you would like to leave him a (positive) message please do! He will look forward to reading them!”

Lynyrd Skynyrd was well into the Last Of The Street Survivors Farewell Tour, when the worldwide shutdown forced the band - and all musicians - off the road. Over 15 months since their last date together, the Southern rock icons aren’t quite ready to say “farewell.” They are back and ready to hit the road on their Big Wheels Keep On Turnin’ Tour. The initial 30 dates run coast to coast and border to border through November 19.

Original Lynyrd Skynyrd member Gary Rossington, lead singer Johnny Van Zant and lead guitarist Rickey Medlocke delivered a personal message to their fans about the band’s touring plans, which can be seen below:

“We were two shows into the end of the three-year plan for the farewell tour, when the virus hit and everything was just gone,” said Van Zant. “Once something is taken away from you - music and touring in our case - you truly realize how important it is and such a part of your life. Music is a great healer, and that’s what we all turn to when things are good or bad. A Skynyrd show is a family affair, and we want these dates to help heal our fans as much as ourselves.”

Rossington added, “COVID turned our world upside down. And since that time, we have been talking amongst the band, and realized that music has such a way of healing. Maybe it’s not our time to go. And maybe it’s our time to lift people’s spirits and lives and bring back some joy and happiness after so much turmoil this past year. We’re still standing, still keeping the music going.”

The band’s first show back in over 15 months saw them headlining the opening night of the Pepsi Gulf Coast Jam in Panama City Beach last Friday. The legendary rockers picked up right where they left off, drawing over 23,000 music fans ready to cut loose and sing along to everlasting classics like “Sweet Home Alabama,” “Simple Man,” “Gimme Three Steps,” “What’s Your Name,” “Call Me The Breeze,” “You Got That Right,” self-proclaimed signature song, “Free Bird,” and more.

Thirteen of The Big Wheels Keep On Turnin’ Tour shows will go on sale to the public this Friday, June 11 at 10 AM, local time. Fan pre-sale begins Wednesday, June 9 at 10 AM, local time by logging onto lynyrdskynyrd.com/tour and using the special code SKYNYRDBIGWHEELS. Those dates are designated with an asterisk (*) on the schedule below.

“Being locked down brought a big perspective of how much I missed the band and the fans and not to ever take it for granted,” said Medlocke. “Merle Haggard was once asked, ‘Why do you do this? You don’t need to do this.’ He said, ‘I’m a musician, this is what I do – I play.’ That’s what we are. We’re musicians. We play. No matter what comes around, we love to be out playing for the fans. Once the band hits the stage, I hope everybody will forget about last year for a little while.”

Hard driving rockers Tesla will perform as direct support for a majority of the Big Wheels Keep On Turnin’ Tour dates, and Kansas, Joan Jett And The Blackhearts, Blackberry Smoke, Allman Betts Band, and The Marshall Tucker Band wrap up the other dates.

“Pepsi Gulf Coast Jam represented what’s in the air, what the fans want and what we have to offer,” said Van Zant. “We’re back, we’re playing shows, and we’re going to finish what the heck we started. We miss the people singing the songs and having a good time, and that’s what Skynyrd is all about.” 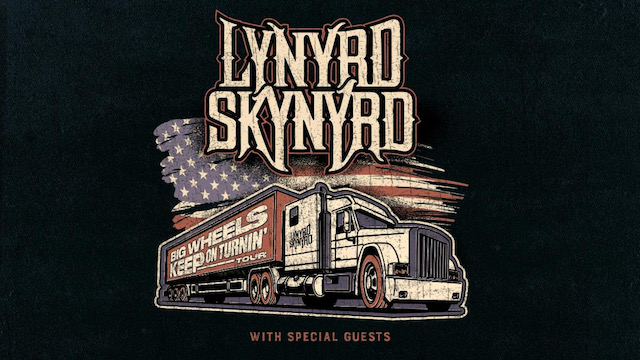