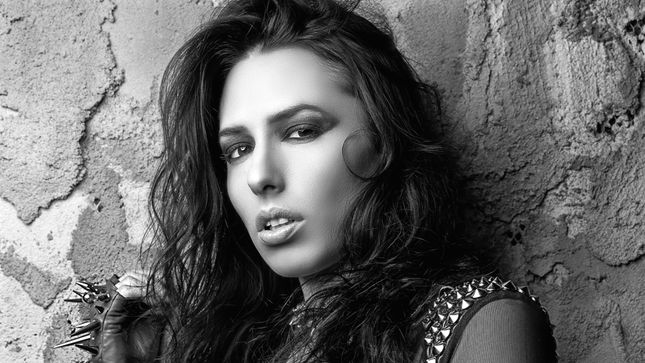 One of the scene’s top theatrical rockers, Madame Mayhem, is set to rock the city that never sleeps - on January 11th, to be exact, when she hits the stage at the Mercury Lounge for a special early show (7:30pm, with opening act Midnight Crisis going on earlier).

The show also holds special significance for Madame Mayhem - "After an awesome 2016 of touring around the country, I am excited to come back home and play in my city of NYC!" For this show, Mayhem will be joined on stage by a stellar band, including guitarists Billy Grey (Fozzy, Cyberstar) and Joey Ragz, bassist Percy Trayanov (Dirty Pearls), and drummer Ryan Bennett (Eye Empire).

Songs performed that evening will include new, never before heard songs, along with standout tracks from her latest album, Now You Know, which featured a powerhouse team of rock talent including Billy Sheehan (Mr. Big, Winery Dogs), who produced and played on the album, Ray Luzier (Korn, KXM), Ron “Bumblefoot” Thal (Guns N’ Roses), Russ Parrish (“Satchel” from Steel Panther), and Corey Lowery (Saint Asonia). Thus far, the album has been supported with live dates alongside artists such as Doro and Mushroomhead. To experience what the buzz is all about, check out the official video clip for the song "Monster".

Catch Madame Mayhem live on January 11th at Mercury Lounge in New York, NY. Take note this is an early show with doors opening at 6:30pm, and Madame Mayhem set to take the stage at 7:30pm. Tickets are only $10 each and can be purchased online now at this location.