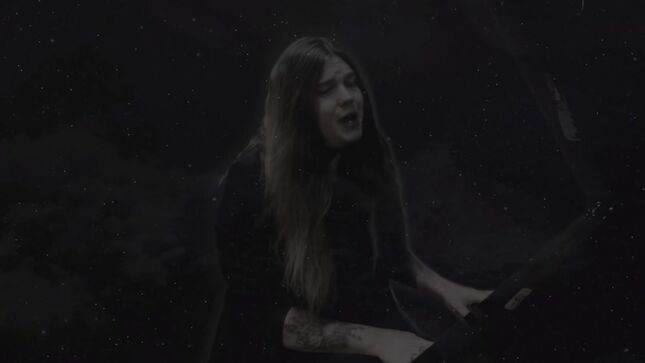 To celebrate the release, the band has also revealed a video for their new single "The Joy Of Christmas”.

Bassist Chris David comments: “I’m so excited to release this album today, together with a new music video for ‘The Joy Of Christmas’! We have literally been working day and night to be able to release the record, music videos, and our Christmas calendar this year. 'The Joy Of Christmas' is a little side track from the original story of A Christmas Carol, it’s a dream and the thoughts of Bob Cratchit, so we can hear the story through Bob’s eyes and really know how he feels.  It’s also the first Majestica ballad!  2020 might have been a very different and challenging year for many out there, but with this album, we hope we can at least bring some joy and happiness to the end of this year. Even if you can’t celebrate Christmas like you usually do!”

What makes this a unique Christmas album is not just the inclusion of plenty of well‐known Christmas songs, but also because the theme is the well‐known story of Ebenezer Scrooge from the Charles Dickens novel, A Christmas Carol. With many different voices for the many characters in the story alongside fitting music, people will not only hear a newly well‐written power metal album, but also a power metal musical that gives you a unique Christmas feeling.

The vocals are once again in the vein of Michael Kiske, Tobias Sammet, and Sebastian Bach, but this time together with guest singers from such bands as Veonity, Hot Beef Injection and all the members from Majestica doing lead vocals. The artwork is made by underground artist Madeleine Andersson.

On the previous album Above The Sky people can hear the legendary drummer Uli Kusch (ex‐Helloween, ex‐Gamma Ray, Ex‐Masterplan). On this album, Majestica has the great drummer Joel Kollberg (Veonity) who doesn't only plays the drums like he was born to do it, he also loves power metal and knows exactly what is needed. “We are all very happy with Joel as a drummer, not only for the way he plays the songs and how fast he has learned all the previous songs together with the new material but also because he’s a great guy and we just love him. Great drummer, a great singer and a great friend.” closes Tommy. The music was written, recorded, and produced by Majestica at Nygård, Ekshärad during the summer of 2020. The mixing and mastering of this album was completed by Jonas Kjellgren (Scar Symmetry, Raubtier) at Black Lounge Studios.

"Ghost Of Christmas Past" video: