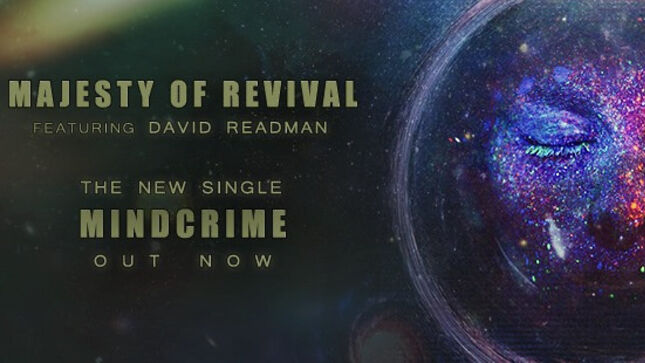 Majesty Of Revival continue a series of singles planned for 2021 before the new album release. This time the band presents the new single, "Mindcrime", featuring David Readman from Adagio, Pink Cream 69 and Voodoo Circle.

"Get out of your comfort zone, because life is a race. You'll get your balls to the wall, man! Otherwise, you just won't be worthy of your goals. And never doubt! You'll rest later when it's over!" The band stated that the new track has a reference to their second album, Iron Gods.

Majesty Of Revival's upcoming album, Pinnacle, will be released in early 2021. Listen to "Mindcrime" on Spotify, and below: