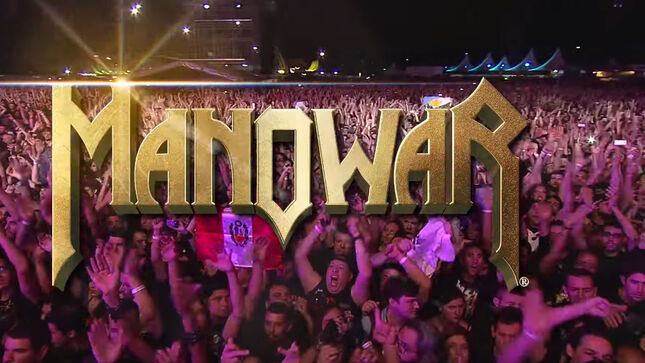 Organizers of the Barcelona Rock Fest 2022, which runs from June 30th to July 2nd in Barcelona, Spain, have issued the following update regarding Manowar's scheduled appearance:

"As of today, June 21, the situation is complex. For months now, we've been wanting to sign a contract that clearly and accurately reflects the agreements reached without last-minute demands. The signing of a contract with clear, understandable and without errors terms that assure us their performance, is being a really complicated work and ten days from the festival we continue to try in all possible ways. We're working on it every day for a while.

With that, we are not saying that they won't act but that right now, we don't know, however strange it may seem.

We are very sorry about this situation for all of you who support Barcelona Rock Fest and specially for Manowar fans."

Manowar have since issued the following response:

"In response to the publication made by Barcelona Rock Fest on their official social media pages regarding our performance scheduled for June 30th, 2022 we must communicate the following:

First, we must clarify that the statements contained in their announcement do not conform with reality.

The festival promoter and Manowar reached an agreement in June 2020 regarding Manowar's performance at Barcelona Rock Fest; otherwise we would not have authorized and supported the festival’s announcement of our participation and their promotional efforts.

The promoters of this festival are now trying to unilaterally modify the terms.

Manowar’s greatest wish is to reunite with our Spanish fans and to perform at Barcelona Rock Fest. This will only be possible if the agreed upon terms will be fulfilled by the promoters.

We are ready to fulfill our obligations under the deal and have made substantial efforts preparing for this show. The only party that is refusing to comply with their side of the deal are the promoters of Barcelona Rock Fest by demanding to change significant terms at the last minute.

We have the utmost confidence that the situation will be resolved and that the promoters of the festival will finally fulfill their obligations, so that the fans of Barcelona Rock Fest can see the headliner that has been advertised for June 30, 2022.

Unfortunately, several problems with the organization of this year’s edition of the festival have ocurred, that we hope will not have to come to light.

Manowar reiterates that we are prepared to perform at this festival as long as the agreement is met, and we deeply regret all this inconvenience that is being caused by the promoter to the fans.

This situation in Spain does not affect any of our other scheduled performances."

Manowar released an official video trailer earlier this year for the Crushing The Enemies Of Metal Anniversary Tour ’22/’23, which celebrates over forty years of true metal and anniversaries of eight immortal Manowar albums: Battle Hymns, Into Glory Ride, Fighting The World, Kings Of Metal, The Triumph Of Steel, Warriors Of The World, Gods Of War, The Lord Of Steel.

A mega-setlist will honor this unique alignment in history and cover the band’s entire career in a brand new, immersive stage production. For all tour details and ticket links, head here.