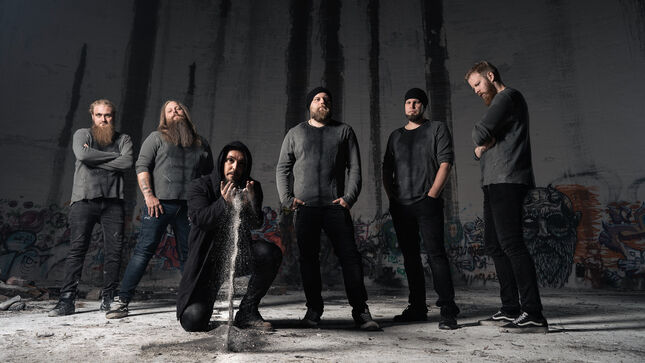 Hailing from the coastal town of Kotka, Marianas Rest embodies the Finnish melancholy and sadness of a cold, harsh winter landscape with absolute perfection. Formed in 2013, the six-piece with Jaakko Mäntymaa on vocals and Omnium Gatherum’s Aapo Koivisto on keys took the heavy music scene by storm with the release of their impressive 2016-debut, Horror Vacui. Now, just in time to celebrate their 10th band anniversary, Marianas Rest unleashes eight new tracks that couldn’t be more multifaceted.

Songs such as first single "Diseased" prove that death metal does not always need fast-paced riffage and thunderous blast beats - Marianas Rest spice up their dark mood with a heavy dose of doom and a significant black metal touch, to deliver a colossal sound and new piece of pure art!

Vocalist Jaakko Mäntymaa comments: "Today we are proud to present the first details about Auer, the most musically diverse of our albums so far. It is a story about the never ending dance of shadow and light. Humankind repeats its mistakes, but there is beauty amongst chaos."

Bassist Niko Lindman adds: "We broke traditional song structures and seasoned the atmosphere slightly with clean vocal parts. The very core has still not essentially changed much as the album continues the 'there is still light at the end of the tunnel, maybe' atmosphere familiar from the previous albums."

Watch the band’s new music video for "Diseased" below.

"Diseased is most likely one of our most venomous designs,“ says the singer about the band’s first single. "It is the deep, dark end of Auer: A story about the poison that is spreading amongst us as we speak. No one is safe."

Auer, is epic, heavy, sad and bleak; its overall melancholic yet brutal riffs, mesmerizing auditory colors and immersive vocals will hit you deep in your core. It’s a heavy ride through a disturbing yet beautiful sound landscape that only a Finnish band like Marianas Rest can create, while always keeping you warm and welcome yet haunted and hopeless. The album was recorded and mixed by Teemu Aalto at Teemu Aalto Music Productions, and was mastered by Svante Forsbäck at Chartmakers. The band‘s upcoming offering not only features a vocal guest appearance by My Dying Bride vocalist Aaron Stainthorpe on album track "Sirens", but without question, Auer will establish the name of Marianas Rest as one of the most enthralling, remarkable and exceptional melodic death and blackened doom metal bands of modern times. 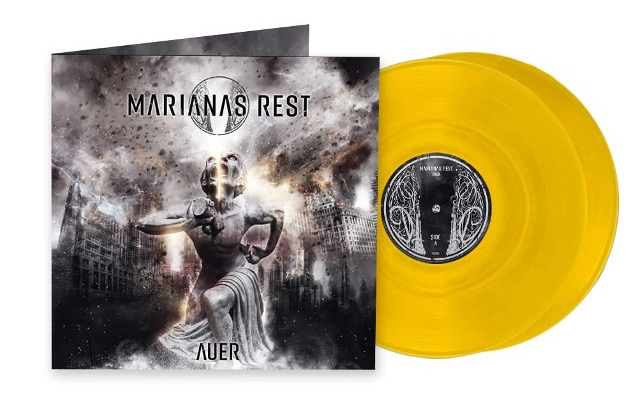 Auer will be available in the following album formats: 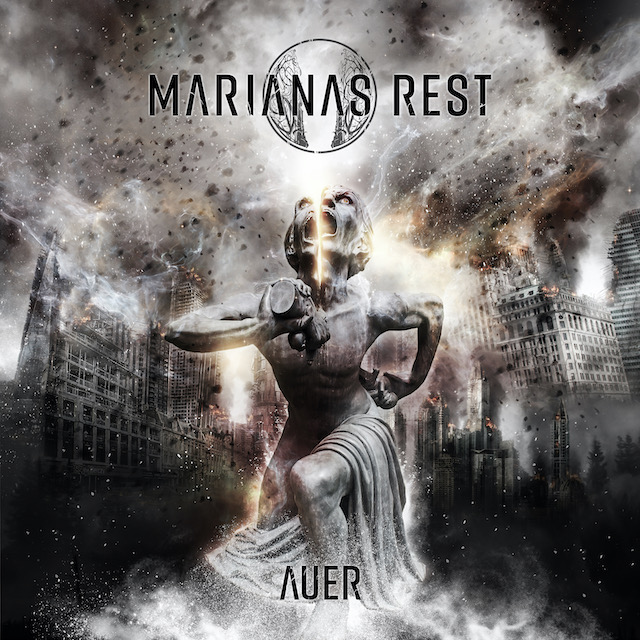