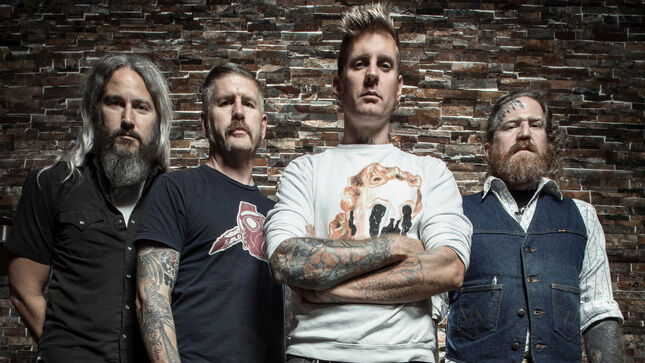 Mastodon’s album-opening buzzsaw, "Forged By Neron" is out today and the lead single sets the tone by name-checking a demon lord of Hell who appears throughout the series. “We are super excited and honored to be part of the Dark Nights: Death Metal Soundtrack! We’ve all been fans of DC Comics and the Batman universe since we were kids, so it really means a lot for us to be able to add something to that world,” says Brann Dailor of Mastodon. Listen to "Forged By Neron" below. 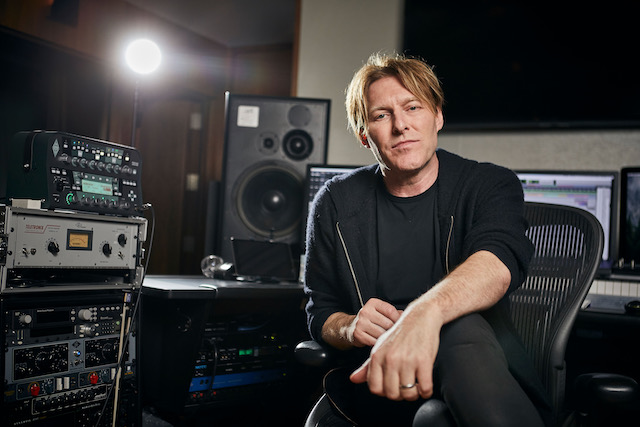 All artists involved took a hands-on approach with Dark Nights: Death Metal Soundtrack, contributing songs - and in the case of a few, collaborating together for the first time - inspired by the text that depicts a hellish Earth twisted beyond recognition, wherein the Justice League is at the mercy of the Dark Multiverse and a diabolical Batman Who Laughs. The soundtrack is available to pre-order now on digital download, CD, and 2xLP - with exclusive Superman, Wonder Woman, and Batman vinyl variant covers, 11 limited edition character trading cards, and more, here.

“This soundtrack and motion-comic series was made by fans of comics, for fans of comics and music,” enthuses Bates, who is beloved for his previous soundtrack work on several of the most influential superhero/graphic novel films of modern times. “‘Dark Nights: Death Metal’ is next-level storytelling by two incredibly talented artists in Scott Snyder and Greg Capullo. The visual aspect of this comic is entirely compelling and resonates throughout each song on the soundtrack." 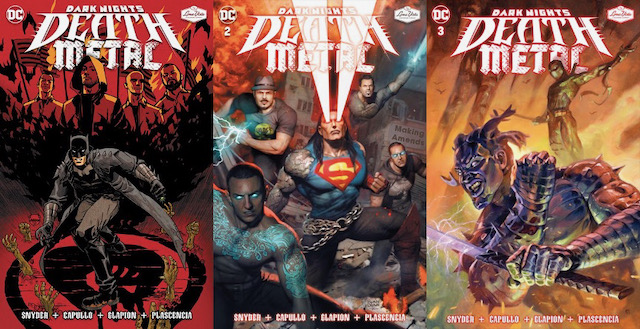 Bates first drafted some of the Dark Nights: Death Metal Soundtrack contributors, many of whom were already fans of the DC universe in their own right, to lend their voice talents to characters to the animated showcase for the comic, Sonic Metalverse: Chelsea Wolfe as Wonder Woman, Andy Biersack (Black Veil Brides) as Batman, Andy Hull (Manchester Orchestra) as Lex Luthor, and Denzel Curry as Darkseid Batman. Built on that enthusiasm, new music flowed organically from there, with Bates encouraging the artists to write based on how “Dark Nights: Death Metal” resonated with them personally. Some were driven to include character or plot elements extracted directly from the comics, while others drew inspiration from the artwork or the dialogue that was more abstract than literal. “I love that the songs are directly inspired by the material in one way or another,” Bates says.

“One very cool thing about comics is that even during a pandemic, the flow of production and the excitement for the material from the fans is entirely unchanged,” Bates says. “This particular medium allowed for each artist to create music in the context of the DC Comics realm at a time where movie theaters were largely closed, artists were not able to tour, and many record releases were hamstrung or postponed altogether. This soundtrack was crafted by artists who love the DC Comics lore, storytelling, and characters. We are all fans!” 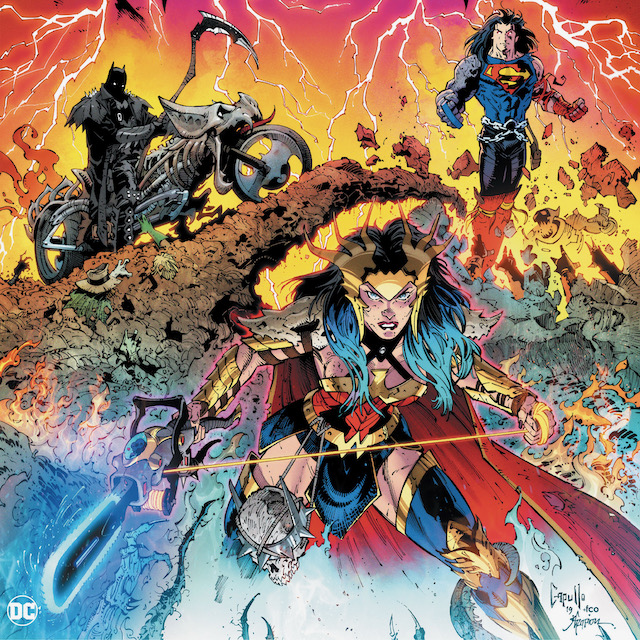