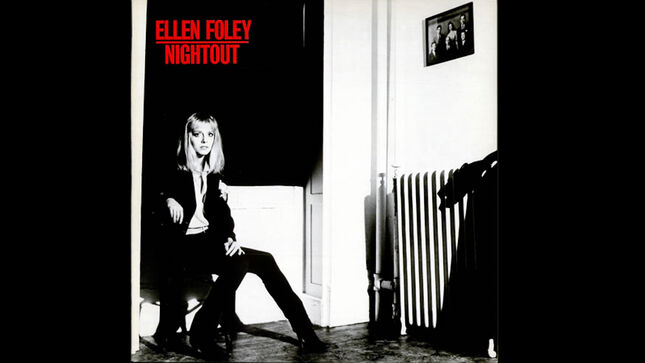 In a new interview with Vintage Rock Pod, Ellen Foley recalled the time she was thrown out of the mixing session of her own album.

Ellen, who famously duetted with Meat Loaf on "Paradise By The Dashboard Light" and sang "Hitsville UK" by The Clash, was working on her debut album, Nightout, when she was manhandled out of the room by Ian Hunter (Mott The Hoople), who was co-producing the album with Mick Ronson.

Ellen spoke to Vintage Rock Pod in early January, with the interview being released today. In it she tells stories from the early days of the Bat Out Of Hell album, working with Jim Steinman, her new friendship with Karla Devito despite what happened in the 70s, her relationship with Mick Jones of The Clash and their collaborations, what it was like in the UK during the punk era, her work on Broadway and on the big screen as well as promoting her latest album release, Fighting Words.

Talking about how she came to work with Ian Hunter and Mick Ronson for her first album...

Ellen Foley: "He (Steve Popovic) introduced me to Ian (Hunter) and Mick (Ronson). And we actually went up to the Bearsville studio, which was Todd Rundgren's studio where 'Paradise (By The Dashboard Light)' had been recorded. Did some demos up there and we all were agreeable with each other. I think that my ignorance at the time sort of was in my favor because I didn't really know that much about Mott the Hoople.

"And I knew that Mick had played with Bowie and all that. But if I had been like, you know, a super fan, I probably would have been paralyzed you know with adoration, but as it was, I just got to know them as artists and people. And then of course, as time went on, I was like, holy crap, look who's here.

Ellen Foley: "Well, I think, you know, particularly Ian, because Ian was kind of like the, I won't say father, but kind of the boss guy. And a couple of times, you know, I got the impression that he said, “oh, she's a Broadway singer”, which, I have done Broadway, but I'll say flat out, I am not a Broadway singer. So he kind of gave me crap about that a little bit. And we had run-ins during the mix of the record because I was in there with the mix. And of course, all I was doing was sitting there telling him the vocal should be louder, more vocal, more. And which I think some of it, I was right.

"But then he literally threw me out of the mixing session, which would not happen now. I mean, here I was a 20-something girl in the 70's where the phrase 'women in rock' was still, you know, a new thing.

"So here comes this bloke, as you guys would say, throwing me out of the studio, but otherwise it was a ball. I mean, I remember the sessions for things like 'Young Lust', which was just a, you know, with the lights down and Ronson playing that 'Heart Full Of Stone' guitar riff, and was just like improvising, you know, stuff like that because theatricality it had a place because Ronson came from such a theatrical place. So he certainly got it and Ian did too, even though he gave me crap."

Listen to the episode here, or below: