MEAT LOAF's Widow Endorses Tribute Shows By Late Husband's Band THE NEVERLAND EXPRESS, Says They "Can Deliver One Hell Of A Rock Show" 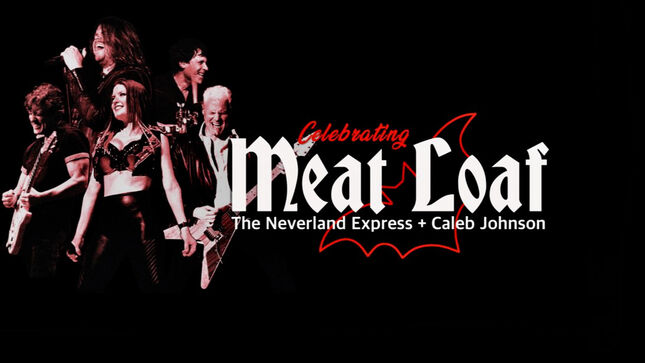 Legendary rock singer and actor, Meat Loaf (real name Marvin Lee Aday), passed away at the age of 74 on January 20, 2022. Meat Loaf's band, The Neverland Express, have a string of US and UK tour dates lined up, and their former leader's widow, Deborah, has shared the following message of support for the band:

"As you may know my husband’s band was called The Neverland Express.

It has had changes over the years, but Meat stayed in touch with some of those who left because they were part of a family of sorts. This also includes some of the latest band members who are still performing together in honor of my husband.  I’m pleased they’re keeping Meat’s and Jim’s music alive.

I know there are tribute bands out there, but you can’t beat the real thing, so to speak, when watching and listening to those musicians/singers who played on stage with Meat Loaf for years, learning all the creative nuances from the master himself.

Even though Meat’s undeniable stage presence will be missed, the Neverland band members along with the strong vocals of Caleb Johnson, can deliver one Hell of a rock show!

Be well everyone! Deborah X"