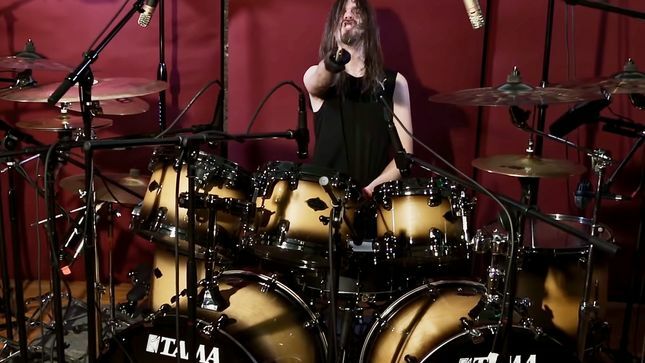 Megadeth drummer Dirk Verbeuren has returned with a new Bent Sea track created as part of his "Instagrind" series. The song "Destroy The Autocrats" features Verbeuren, Battletorn vocalist Omid Torn, and Nasum bassist Jesper Liveröd. Check it out below.

"Destroy The Autocrats" is available via Bandcamp here.

Check out some more "Instagrind" tracks that have been released over the last year below.