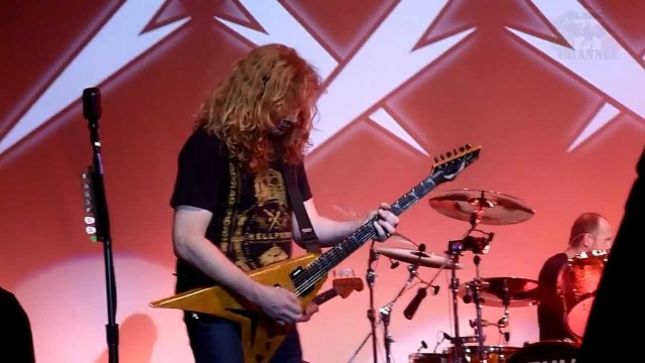 Rock Cellar Magazine recently caught up with Megadeth frontman Dave Mustaine at the Hollywood Palladium and managed to secure an interview in spite of the fact Mustaine was not having a very good day. An excerpt is available below:

Mustaine began honing those (guitar) chops in an early band called Panic. Playing a B.C. Rich Bich 10-string at the time [four of the strings had been removed], Mustaine was already burning down solos and writing original songs including classics such as “Jump In the Fire” and “Mechanics.” In other words, even at this early stage in his career, Dave was calling the shots.

“I was an arrogant asshole and playing everything,” the future guitar legend says. “But I devoted much more of my time to playing rhythm. I still feel to this day that a good band can be measured by its rhythm. You’ve got all-guitar hero bands and the solos are excellent but try and hum one of those songs outside of maybe a quick flash lick. There’s nothing very memorable about it unless you’re extremely loaded or you’re out of your mind on speed or coke or something. In a band like Megadeth where rhythm is one of the main ingredients, the solos become so much more important because it’s not just self-indulgent pig guitar playing all through the whole song.”

Still rocking the B.C. Rich when he joined Metallica in 1981, Mustaine brought all of his rhythmic chops to the fore in creating the dual-guitar assault with James Hetfield. Dave was a borderline sociopath at the time and is the first person to admit it but during his short stint with the future megastars, he left his guitar mark. “The weirdest thing about it is when I was in the band, James didn’t do any talking in-between songs,” he recalls. “If you put the two of us together side-by-side, split a TV monitor in half, and had us both hopping around onstage, there’s a lot of similarities. The way he acts and moves with his guitar and stuff like that. I think James is one of the best rhythm guitar players in the world. As far as rhythm guitar players are concerned, there’s James, there’s me, there’s Malcolm Young and there’s Rudolph Schenker.  There’s no one else that touches the four of us. We’re the fantastic four.”

Los Angeles radio station 93.1 Jack FM recently reported that Scorpions, with special guests Megadeth, are set to embark on the Crazy World US tour this fall. Dates have now been confirmed and can be found below.

Scorpions frontman Klaus Meine: "When our album Crazy World was released back in '91, right at the end of the cold war, we toured around a world that was pretty crazy back then, but there was so much hope in the air for a more peaceful future. Now 26 years later, things are getting more crazy every other day. After all these years, 'Crazy World' is still a good motto for our upcoming world tour. We are very much looking forward to seeing all of you out there." 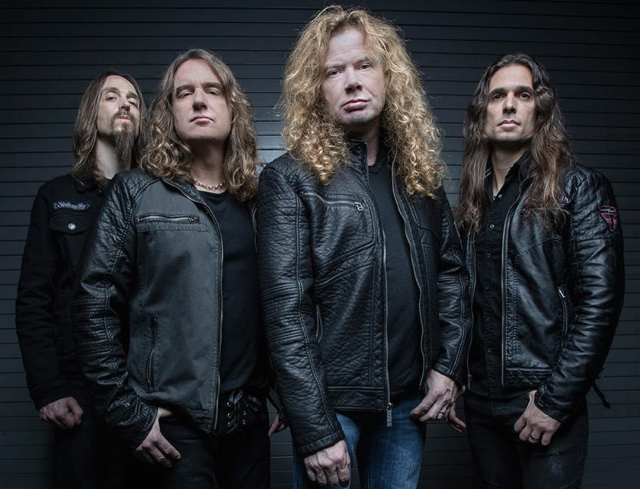 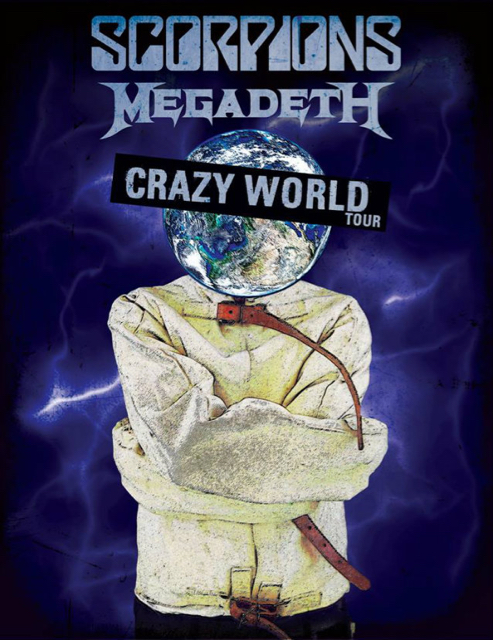