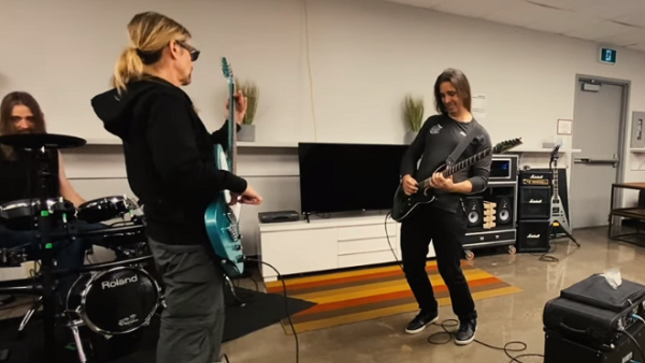 Megadeth guitarist Kiko Loureiro has shared another behind-the-scenes video from The Metal Tour Of The Year, including a rehearsal jame og Jimi Hendrix's "Hey Joe", soundcheck, and performance video.

Megadeth have released the third single, "Soldier On!", from their forthcoming album, The Sick, The Dying… And The Dead! Check it out below.