MEGADETH Guitarist KIKO LOUREIRO Shares More Behind-The-Scenes Video From The Metal Tour Of The Year 2022; "The Conjuring" Live In Nashville 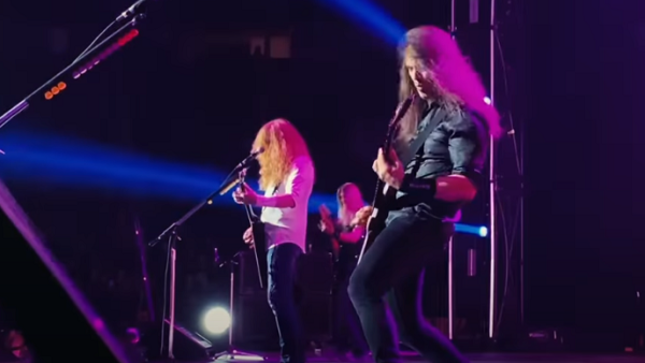 Megadeth guitarist Kiko Loureiro has shared more behind-the-scenes footage shot during The Metal Tour Of The Year 2022, including a live clip of "The Conjuring" in Nashville, TN. Check it out below.