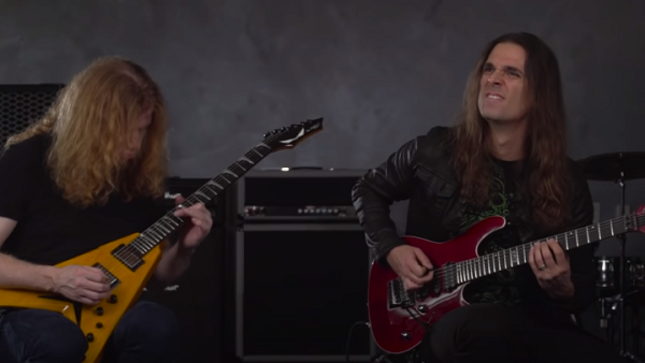 In his latest video clip, Megadeth guitarist Kiko Loureiro takes on another fan Q&A, kicking it off with the question as to whether he's learned anything from working with  Megadeth frontman Dave Mustaine.

Kiko: "I learned by watching his drive to be unstoppable. To be strong and to demand excellence from everyone, that they deliver their best. Leadership, being an artist, being creative and at the same time being professional, and having fun while doing it."

Loureiro recently shared behind-the-scenes footage from the band's last show of 2021, which took place at The Armory in Minneapolis, MN on September 28th.