MEGADETH To Release The Sick, The Dying… And The Dead! Album In September; "We'll Be Back" Music Video Streaming Now 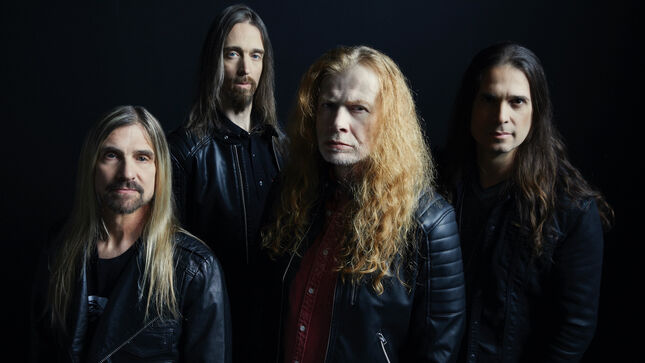 Thrash metal pioneers and metal icons, Megadeth, will cap a summer of successful global touring with the release of their highly anticipated 16th studio album, The Sick, The Dying… And The Dead! via UMe on September 2.

Megadeth have recently revealed their roadmap into the web3 space, offering expanded Cyber Army fan club experiences. The first NFT drop will be a generative collection called "Rattleheads", pulling from nearly 40 years of iconic Vic Rattlehead themes and imagery. Fans can join the official Megadeth Discord to stay up to date here.