MERCYFUL FATE Gearing Up For First North American Performance Since 2011 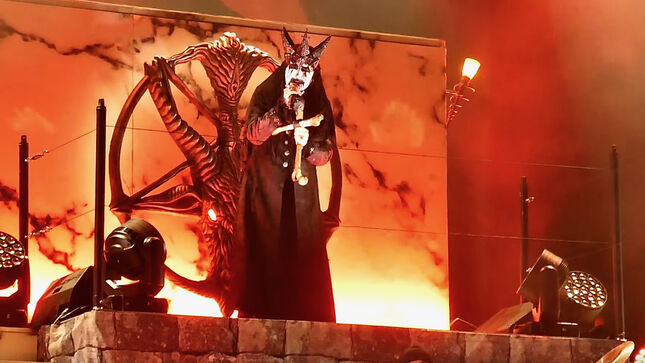 Heavy metal juggernauts, Mercyful Fate, are preparing to make their long awaited return to the United States with a headline performance on the main stage Sunday evening at Psycho Las Vegas '22 this month, marking the band's first show in the US in over 20 years.

Mercyful Fate's last tour was in support of 1999's masterpiece 9 when the band decimated the US and South America before going on hiatus, only briefly returning in 2011 when most of the band joined Metallica onstage at Metallica's 30th-anniversary show in San Francisco.

"First Mercyful Fate concert in the USA in over 20 years!!! You better be ready Las Vegas!!! We're bringing the DEVIL himself 666." - King Diamond

Single day tickets are now available here, so get yours while they last and catch the almighty Mercyful Fate as they release the fury of hell upon the Las Vegas Strip. 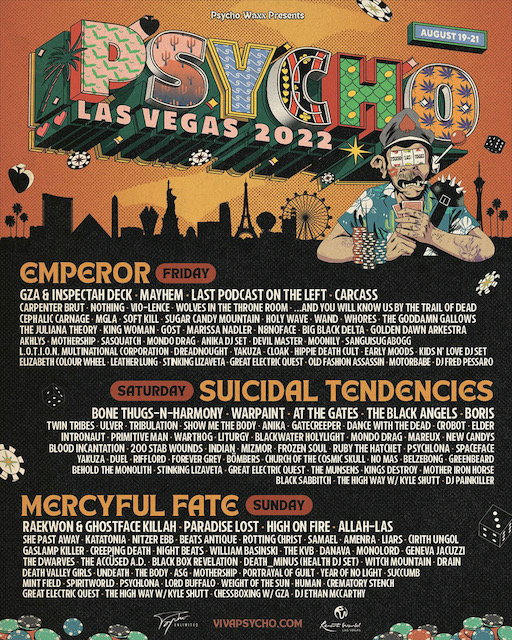 Mercyful Fate is currently working on a new album and even gave fans a taste of the new material when they debuted a new song called "The Jackal Of Salzburg" at the show they opened for Volbeat at Hanover's Expo-Plaza on June 2. Watch fan-filmed video below. Fans in the US may be treated to a tease of the new album as well - the only way to find out is to catch the band's performance at Psycho Las Vegas '22.