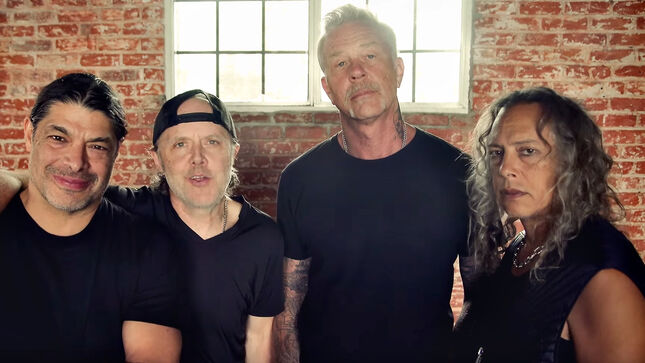 Metallica and Trafalgar Releasing are excited to extend an open invitation to a worldwide listening party: the global premiere of Metallica’s forthcoming 12th studio album, 72 Seasons.

For one night only on Thursday, April 13, 72 Seasons will be played in full in pummelling surround sound, exclusively for cinema audiences worldwide - with every one of the new songs featuring its own music video and exclusive commentary from the band. The result will offer fans an unforgettable night as they experience 72 Seasons first and fully on the eve of its April 14 release date. 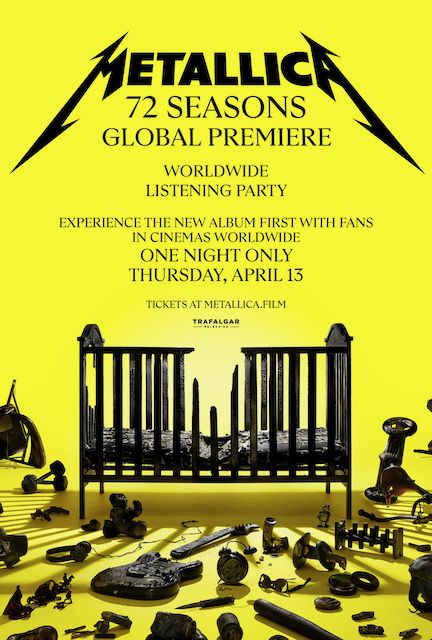 Preceded by the newly released album track “Screaming Suicide”  and its brand-new lyric video, and first single “Lux Æterna”, 72 Seasons will be released April 14 via Metallica’s own Blackened Recordings. Produced by Greg Fidelman with James Hetfield and Lars Ulrich, and clocking in at over 77 minutes, the 12-track 72 Seasons is Metallica’s first full length collection of new material since 2016’s Hardwired…To Self-Destruct. The album will be released in formats including 2LP 140g black vinyl and limited-edition variants, CD and digital - for a full listing of configurations, pre-orders and further information, head here.

“This is a monumental opportunity for Metallica fans to be the first to hear the new album. We are thrilled to be a part of this historical global moment—connecting Metallica with their fans once again,” said Kymberli Frueh, SVP Programming and Content Acquisitions, Trafalgar Releasing. 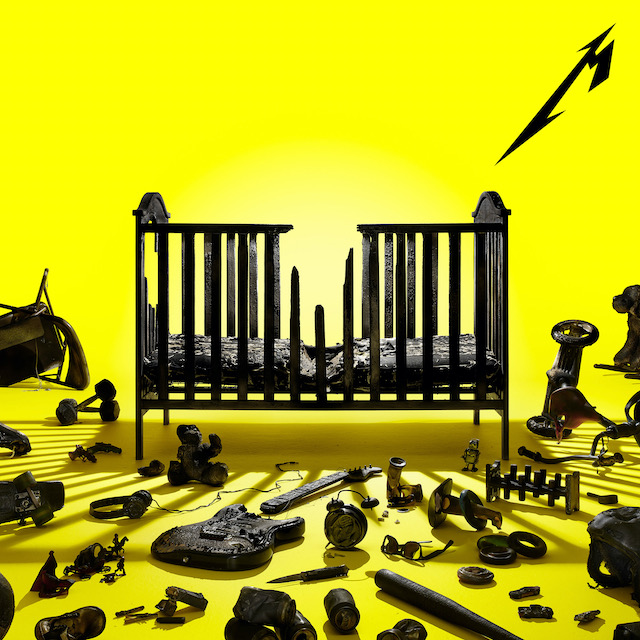 "72 Seasons"
"Shadows Follow"
"Screaming Suicide"
"Sleepwalk My Life Away"
"You Must Burn!"
"Lux Æterna"
"Crown Of Barbed Wire"
"Chasing Light"
"If Darkness Had A Son"
"Too Far Gone?"
"Room Of Mirrors"
"Inamorata"