METALLICA, JUDAS PRIEST, GUNS N' ROSES, FOO FIGHTERS Members Pay Tribute To MOTÖRHEAD Legend Lemmy - “You Are On The Road To The Great Gig In The Sky” 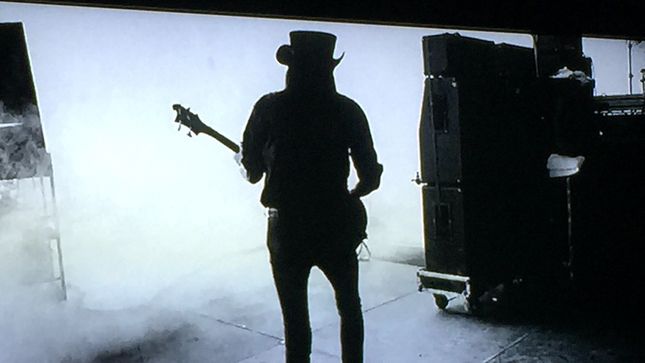 With almost 300,000 watching on YouTube and millions more thinking about a man that changed the face of heavy metal it was difficult to hold back the tears.. And what a face … an image. An icon. Kinda like James Dean … but for us metalheads, much more of presence in life. Manager Todd Singerman led the ceremony: “Man, I hate using these words in past tense!” 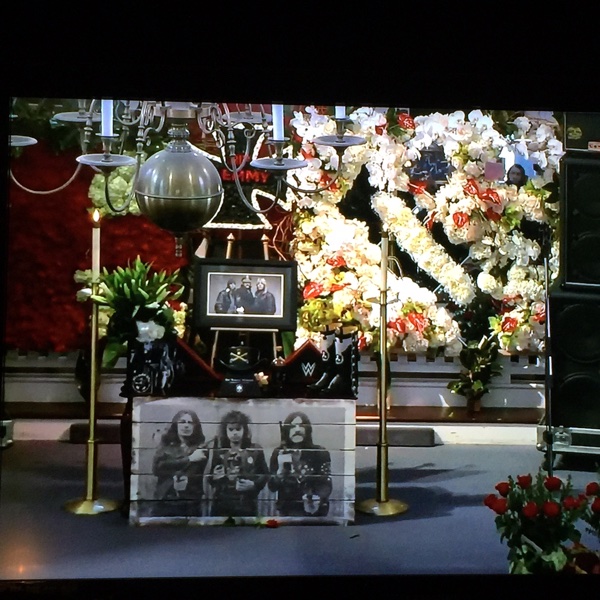 He proceeded to pass the mic to Lemmy’s son Paul: “He had a feeling something was wrong in August. We will know the pain he was in … all of his years he was a stage warrior. Having moved mount everest, the show would go on. He wasn’t just a musician and songwriter … he was a figurehead. He set the bar. It was about keeping it real. Performing was everything to him. He was Lemmy all the time. He wasn’t a poseur. He paid his his dues. Motörhead’s last album was a struggle … it never revealed his frailed health. Born to lose, live to win. He wasn’t religious, but he was profoundly spiritual. He never tolerated anybody talking over music … especially his! Music wasn’t a background to him. Nobody on this earth posed his brand of of humour. He was 100% real. I won the lottery when I got Lemmy. You were perfect. You are on the road to the great great gig in the sky.” 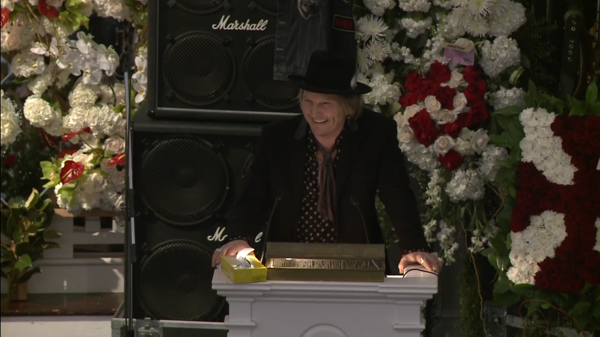 The elite of heavy metal praised the man, the legend.

Guns N' Roses Slash: “Lemmy was somebody that I feel blessed to be friends with. He was such a a fucking great example of what my peers wanted to be. More integrity than anybody. 100 loyal. All these fine attributes. When I got sober he was so disappointed when I didn’t greet him with a flask of Jack Daniels!”

Judas Priest's Rob Halford: “Over the years we’ve had some amazing times. We always looked forward to seeing the lads! When I was in the the presence of lord Lemmy. I was overwhelmed! As we know, the music lives forever!”

Anthrax' Scott Ian : “Elvis you taught us how to dress, how to look. It was Carl Perkins and Little Richard how to sound. And it was The Beatles who taught us we could to write our own songs. And Lemmy it was you who taught us that we could be fucking real.” 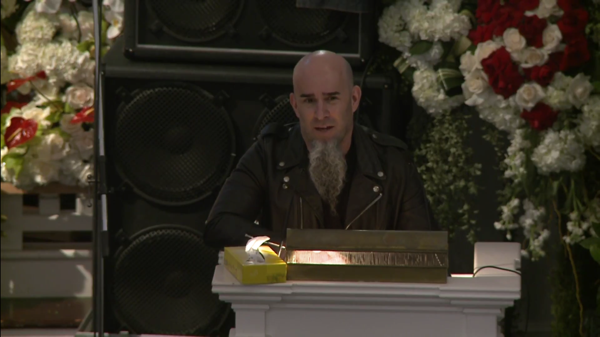 Metallica's Lars Ulrich: “I lived and breathed every note they sang! Lemmy was so hospitable and the ultimate party host. I’ve always cited Motorhead and Lemmy as in the inspiration and the primary reason Metallica exists musically and attitude wise. So thank you Lemmy for shaping who I am today.

Foo Fighter's Dave Grohl: “There is not enough time to tell you what Lemmy meant to me. He’s my person … he’s the one that bridged my love of ACDC and Sabbath and Zeppelin … and my love with GBH, the Ramones and Black Flag.

Lemmy Kilmister died on December 28th at the age of 70 following a brief battle with an aggressive cancer. 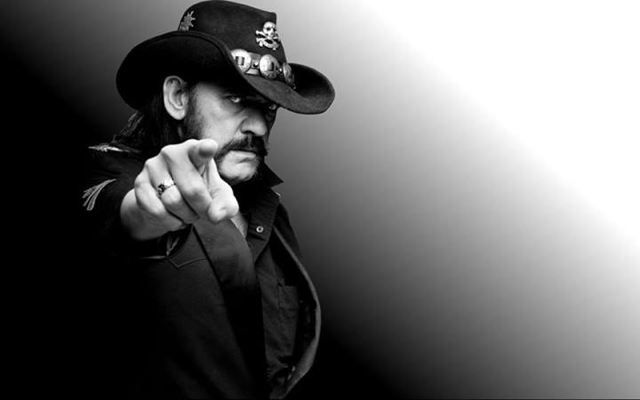 Check out the BraveWords tribute to Lemmy here.