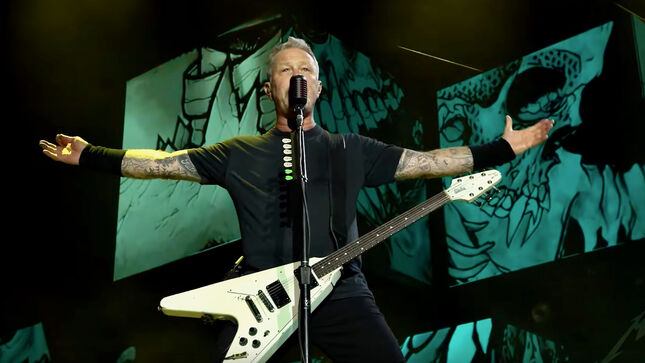 Metallica has shared more pro-shot footage from their performance at Aftershock 2021 in Sacramento, CA on October 8. Watch the band perform "For Whom The Bell Tolls" below:

Watch the band perform "Frantic" at the same show:

In the video below from Apple Music, the members of Metallica - James Hetfield, Lars Ulrich, Kirk Hammett, and Robert Trujillo - sit down with Zane Lowe to celebrate their 40th anniversary.

The band members walk through the incredible story of Metallica, and reminisce on starting out in San Francisco, assembling an elite band of uniquely gifted musicians, and evolving into one of the most famous bands to ever take the stage.

Never taking time to pat themselves on the back, Metallica was always driven to look towards the future of rock, and they cite this as the reason for their success. They discuss the influence of Jason Newsted and Bob Rock, and thank the heavy metal bands they competed against for pushing them towards greatness.