METALLICA's Thrash Metal Classic Finally Lands At #1, Proving There Is Justice In The World; PROFESSOR OF ROCK Video Report 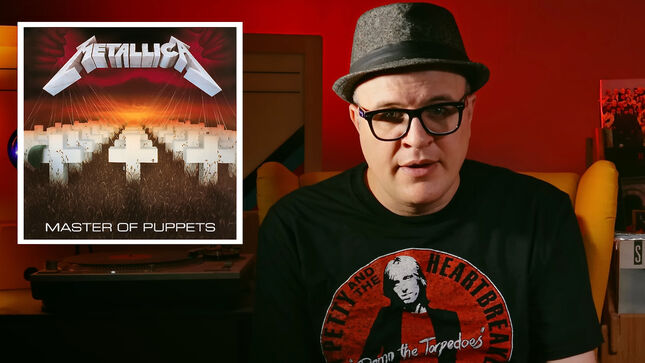 Metallica’s 1986 thrash metal classic, "Master Of Puppets", recently entered the Billboard Hot 100 chart for the first time ever after gaining new life being featured Netflix’s hit series Stranger Things. It also made its UK Top 40 debut in similar fashion. Professor Of Rock has released the new video below, along with the following message:

"It’s manipulative, it’s menacing, and it’s a masterpiece. The Metallica 80s song 'Master Of Puppets' is a grim parable about the abuse of power and the cost of addiction. And it just so happens to be set against one of the heaviest hitting riffs of all time by a band praised for their speed and skill, James Hetfield, Lars Ulrich, Kirk Hammett and Cliff Burton dug deep with this one. No surprise then that this, their signature song, has made a pop culture comeback recently in the 4th season of Stranger Things. Featured in one of the most epic scenes in modern media history with Eddie Munson saving the world, it just hit #1 all over again and my kids are listening to it!"