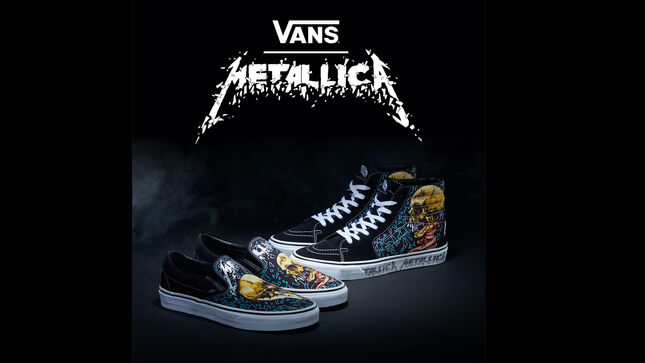 Metallica announces the return of VANS' Sad But True shoes with the following message...

"After the overwhelming demand for the Sad But True Vans last summer, the footwear icons have produced a second, limited-run of both the Sk8-Hi and Slip-On. This second release will be available exclusively in the Metallica.com Store and the Probity UK Store on Thursday, April 14 at 1 PM, PDT/4 PM, EDT/9 PM, BST.

Again, stock will be extremely limited, so make sure you order the correct size. These shoes are unisex, so pay close attention to the associated men’s (M) and women’s (W) sizes listed for each.

If you want to get your hands on a pair of Sad But True Vans from this rare second run, make sure you’re ready to shop on April 14."

Metallica recently announced that Night Two of “40 Years Of Metallica” is now available for streaming.

Says the band: "Stream the second newly remixed and re-edited 40th Anniversary show on Amazon Prime now! Join us as we travel through the decades in reverse, starting with 'Hardwired' and going all the way back to 'Seek & Destroy'. And watch it with Coda Companion for insights and stories direct from Metallica HQ, all in real-time." 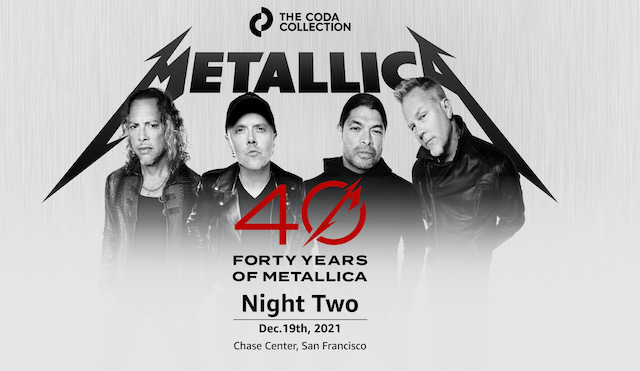