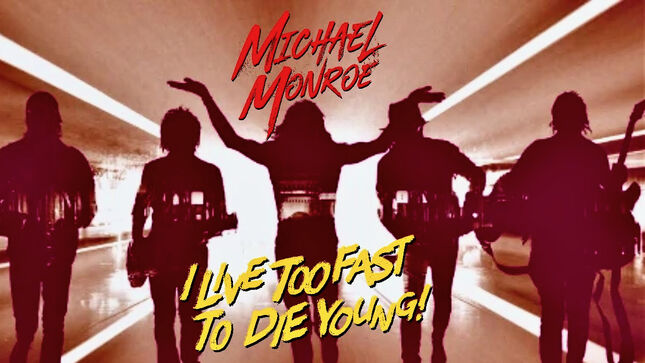 “This one started life as just a song title - a tongue-in-cheek nod to Vivienne Westwood’s ‘Too Fast To Live, Too Young To Die’ t-shirts after I had been gifted one by a fan in Japan” guitarist Rich Jones explains. “It’s a reference to Michael’s seemingly boundless energy and the fact that he’s still kicking ass after all these years.”

“I love reinventing old clichés,” Monroe laughs. “The whole ‘live fast, die young’ cliché is so boring, so I live too fast to die young! It takes more to survive and be here today than to self-destruct and die young!”

A close friend of Monroe, Slash from Guns N’ Roses, throws down some lead guitar on the track. “Slash is one of the nicest guys that I know and one of rock’s greatest guitarists as he’s maintained the spontaneity, the human touch and the heartfelt kick-ass attitude in his playing” Monroe enthuses. “I figured this would be a good one for him to play a solo on, he said he loved the song and that it’s super catchy!”

“Having Slash play an absolutely ripping guitar solo on it was a real honour and it’s since become a fan favourite in our live shows” adds Jones.

Michael Monroe and gang are getting ready to join Black Star Riders on their 2023 UK tour along with Motörhead’s Phil Campbell And The Bastard Sons. The tour will kick-off on February 13 at Nottingham’s Rock City and conclude at London’s 02 Shepherds Bush Empire on February 26. 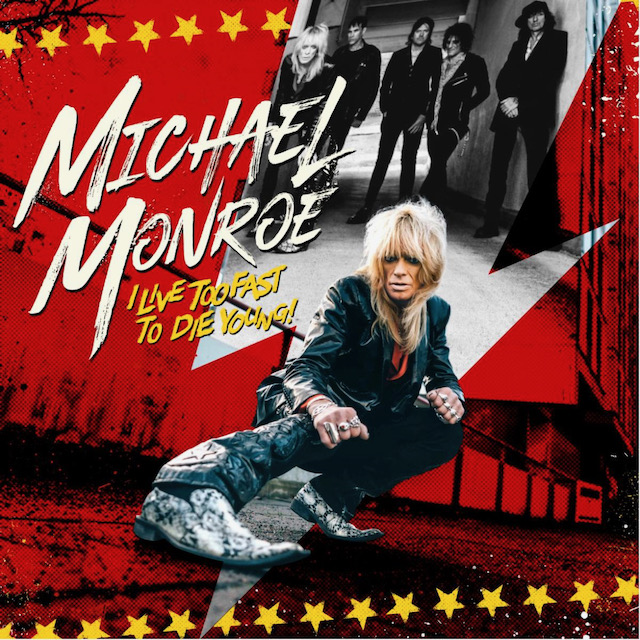