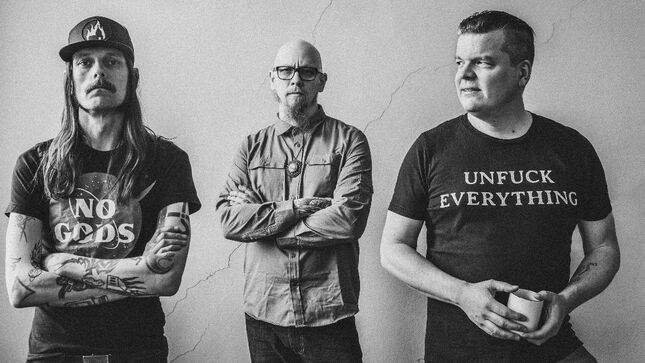 Never ones to shy away from sharp social commentary, whether it’s about the global climate crisis, the destructive nature of religion, or the isolation endured during the pandemic, Willems says of the new collection: “To me, it’s an honest representation of how I feel about the current state of humanity.”

Musically, the album sees the Swedish trio cultivating the elements that take their monstrous, heavy riffing to new heights with a darker edge. A five-track journey that spans across crushing doom rock to more spacey, groove laden opuses, Your Time to Shine is Monolord at their most unfiltered and focused.

Your Time To Shine pre-orders are available now (Physical/Digital).

The album is available in the following formats: standard vinyl (Kelly green), CD, cassette, and digitally, as well as a smörgåsbord of limited-edition vinyl variants:

Your Time To Shine tracklisting:

Monolord has simultaneously announced a US tour, with the coast-to-coast run kicking off on March 3. The dates are on-sale today with all performances supported by Firebreather. A European trek is slated for this November with Blackwater Holylight opening those dates.