MÖTLEY CRÜE Posts Recap Video From Washington, DC Date On "The Stadium Tour" - "It Wasn’t Looking Like We Would Go On" 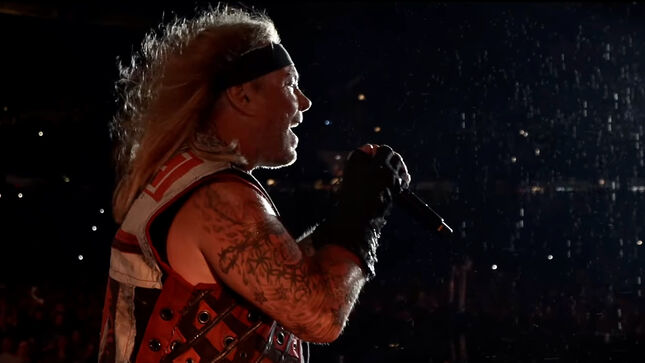 Mötley Crüe have released the recap video below, from the June 22 date at Nationals Park in Washington, DC.

Says the band: "Right before our set was about to begin we were forced to evacuate all the fans to a shelter in place. The stadium curfew was 11 PM, so it wasn’t looking like we would go on. Almost a solid hour passed with pouring rain and lightning, it was looking more than likely we would have to reschedule the show. We were all extremely bummed after eating to play for our fans. At the last minute, we got the call - the show could go on! The fans came back in and got drenched along with us, and the energy and support was unmatched by the time the band got on. We could feel that special connection between the fans and the band and you can see on our faces how much we loved this show. What an eclectic night - see you again Washington DC."

Produced by Live Nation, "The Stadium Tour" is set to steamroll through North America for the remainder of the summer. Dates are listed below.