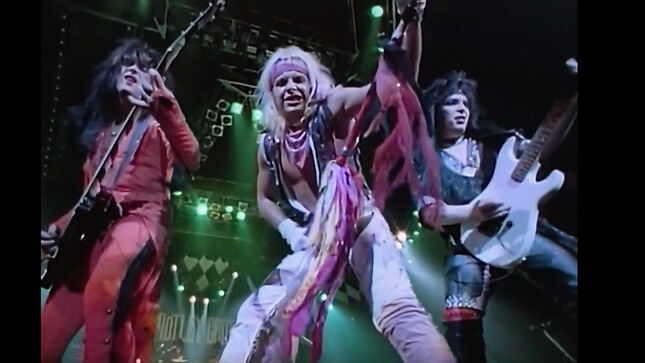 Mötley Crüe have released an HD remastered version of the music video for "Home Sweet Home", featured on the band's 1989 album, Theatre Of Pain. Watch below:

The band previously released remastered videos for "Smoking' In The Boys Room" from Theatre Of Pain, "Live Wire" from 1981's Too Fast For Love, and "Too Young To Fall In Love" and "Looks That Kill", both from 1983's Shout At The Devil. Watch below: